Installed in August of 2013, this 17,000 sqft rooftop farm at Whole Foods Market in Lynnfield, MA is the largest in New England, and the only open-air rooftop farm on top of a supermarket in the country. Green City Growers provides all ongoing maintenance for the farm, from seed to harvest, integrating our hyper-local, organically grown produce in the produce department. Everything grown is available for sale or used in prepared foods, leading to ZERO FOOD WASTE at this state-of-the-art project. 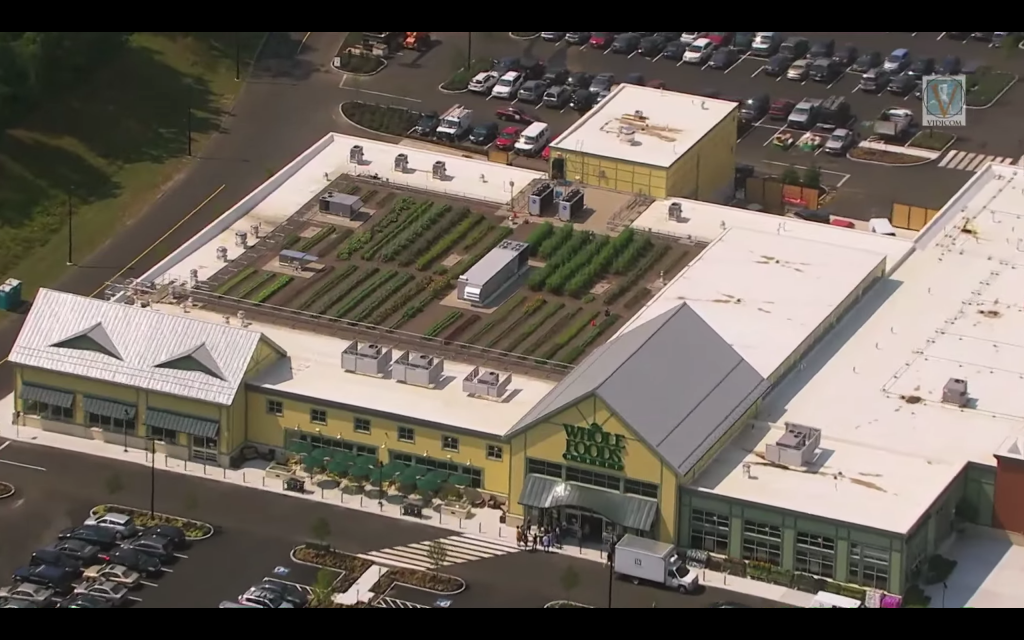 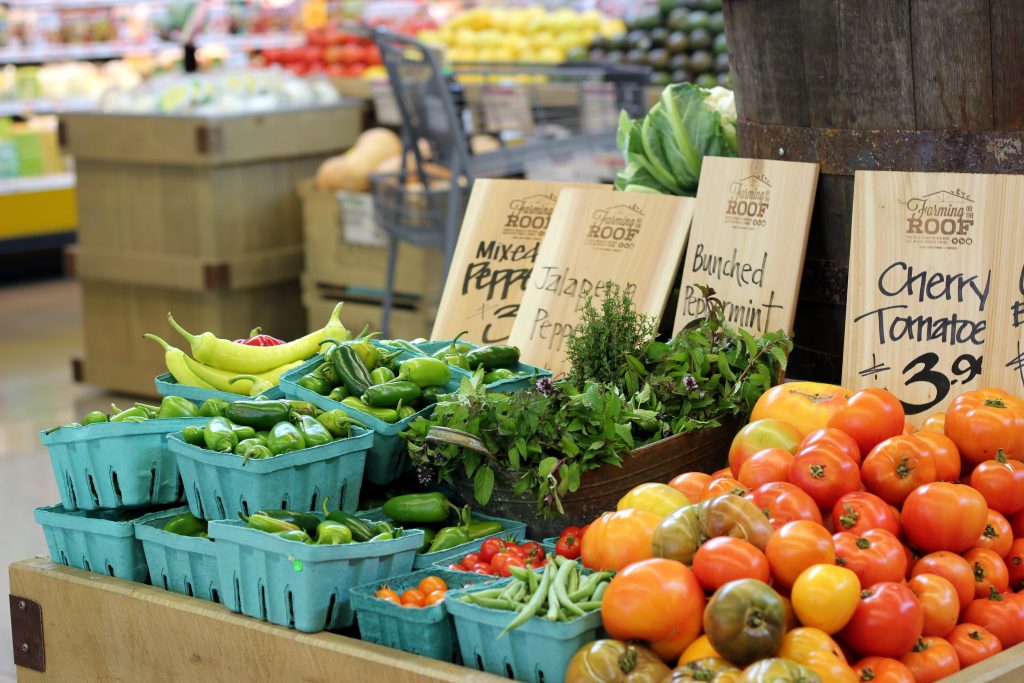 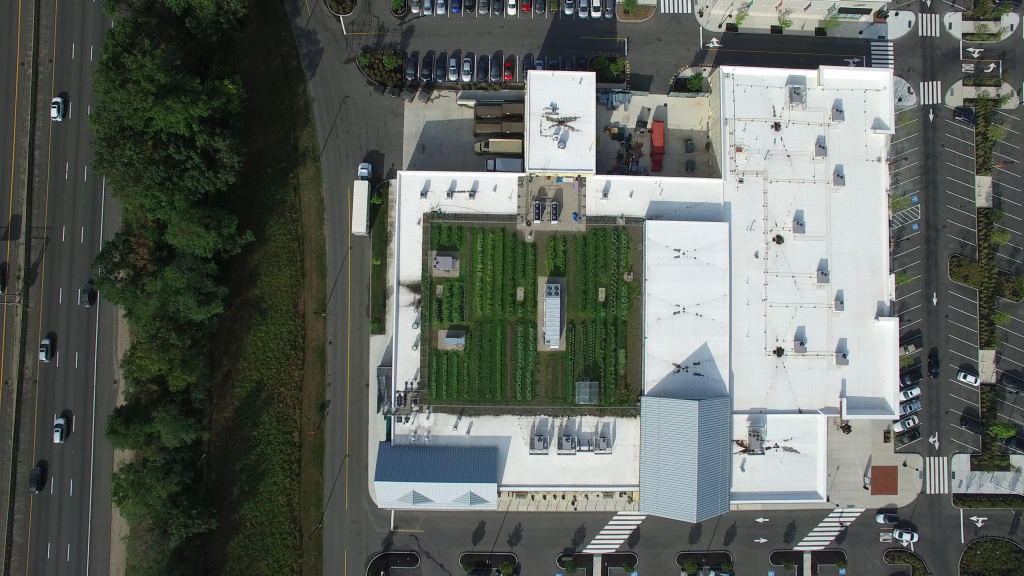 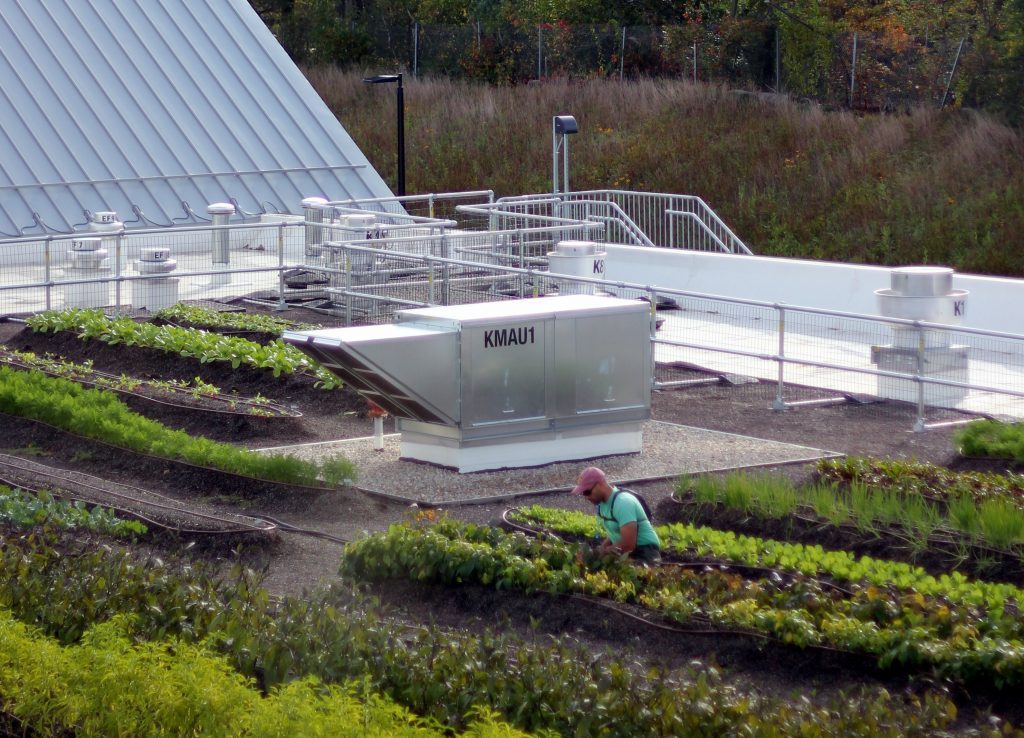 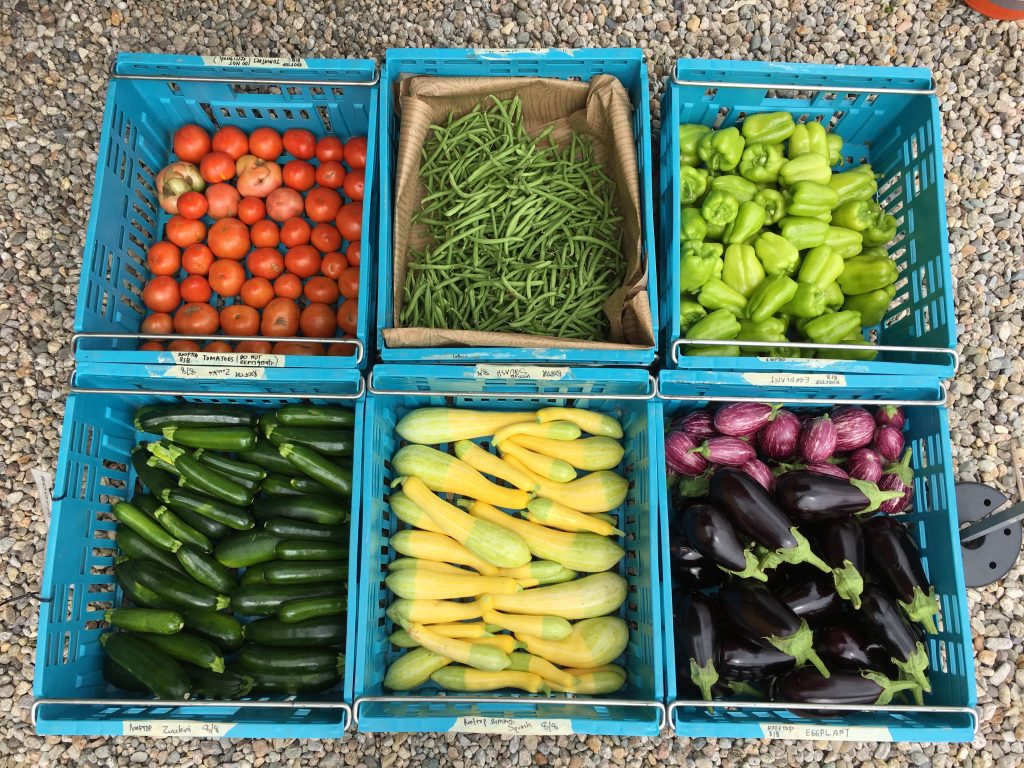 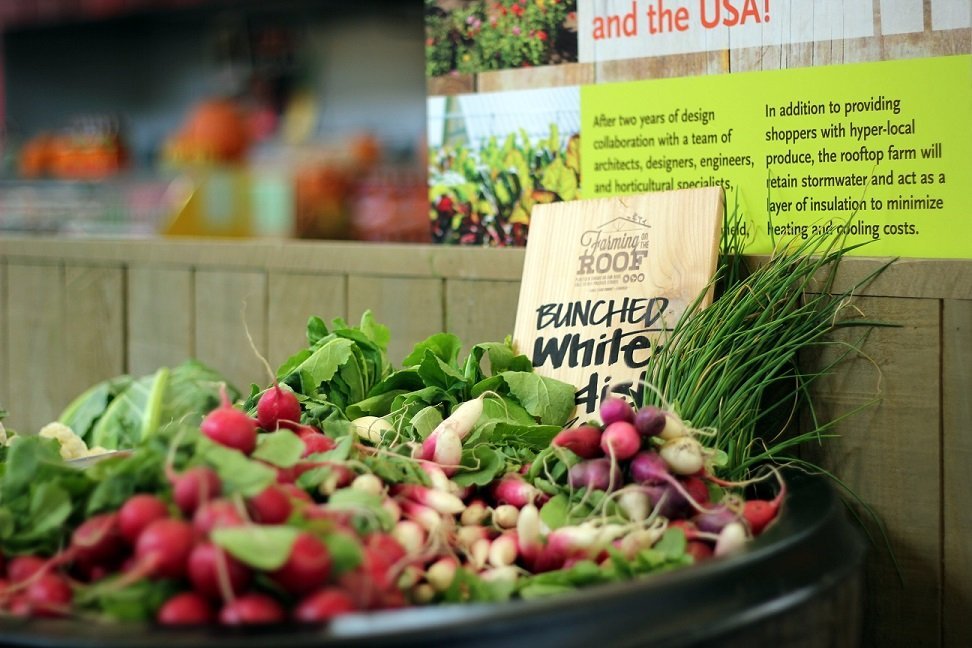 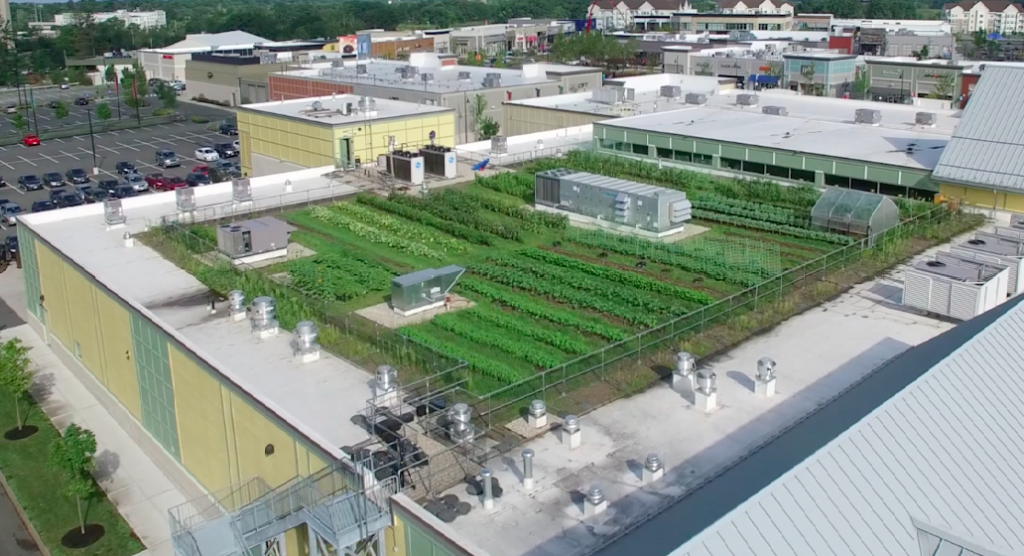 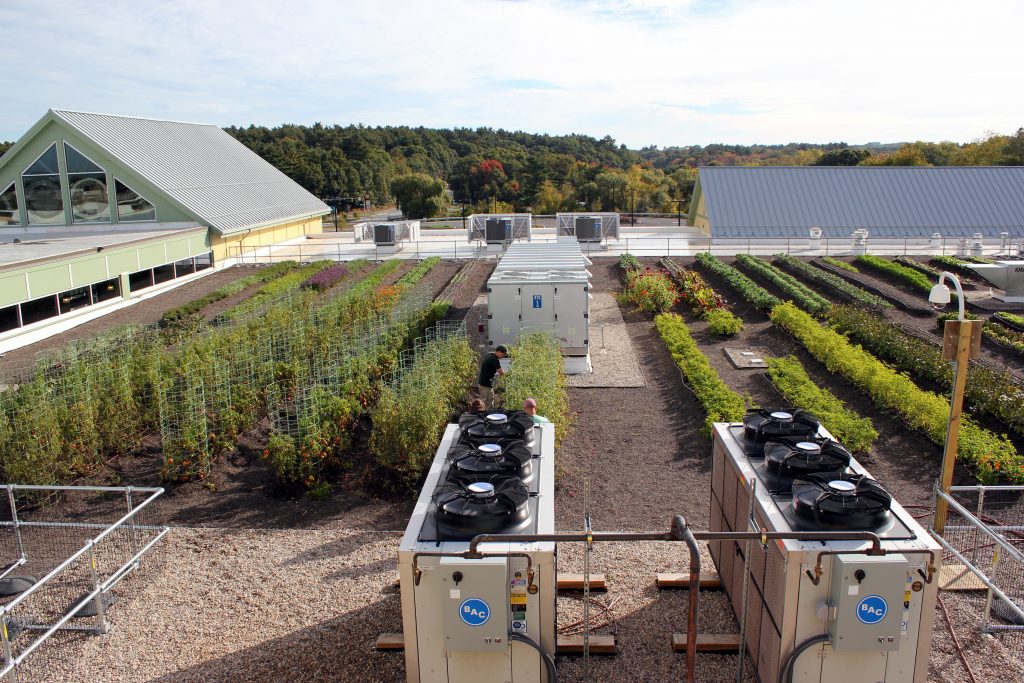 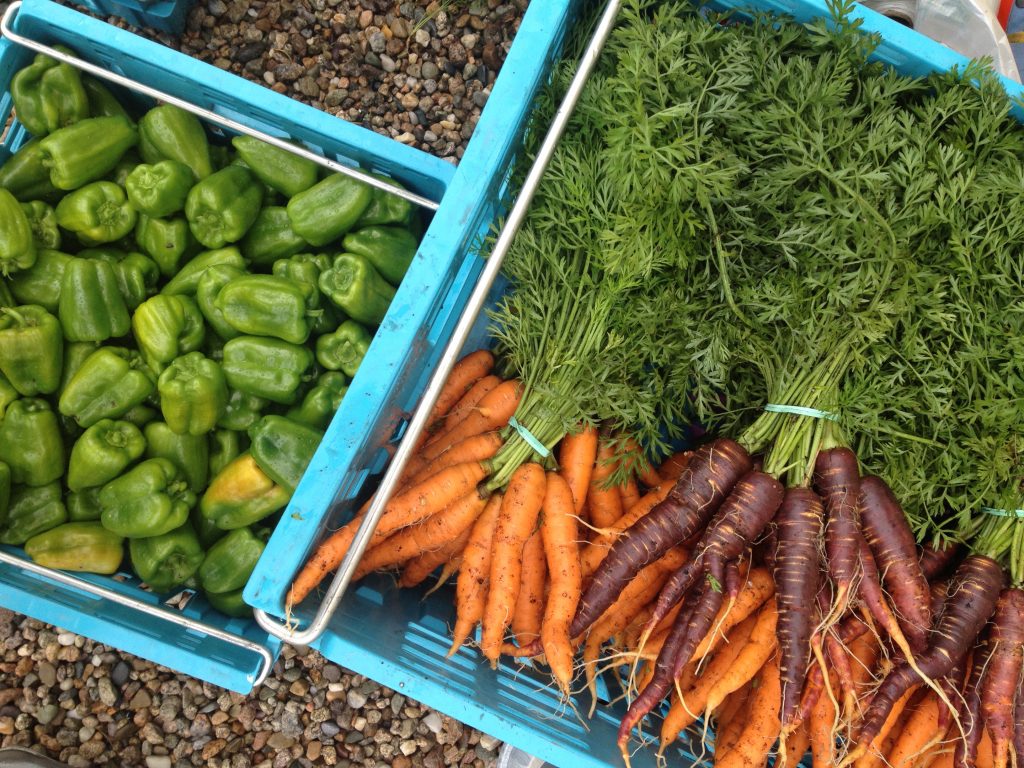 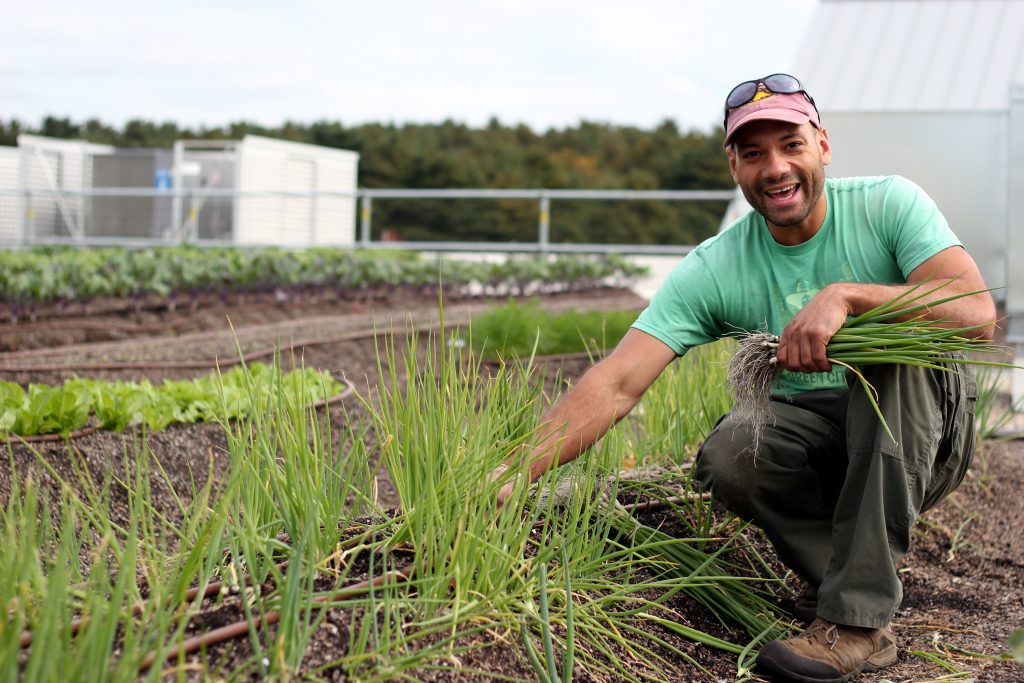 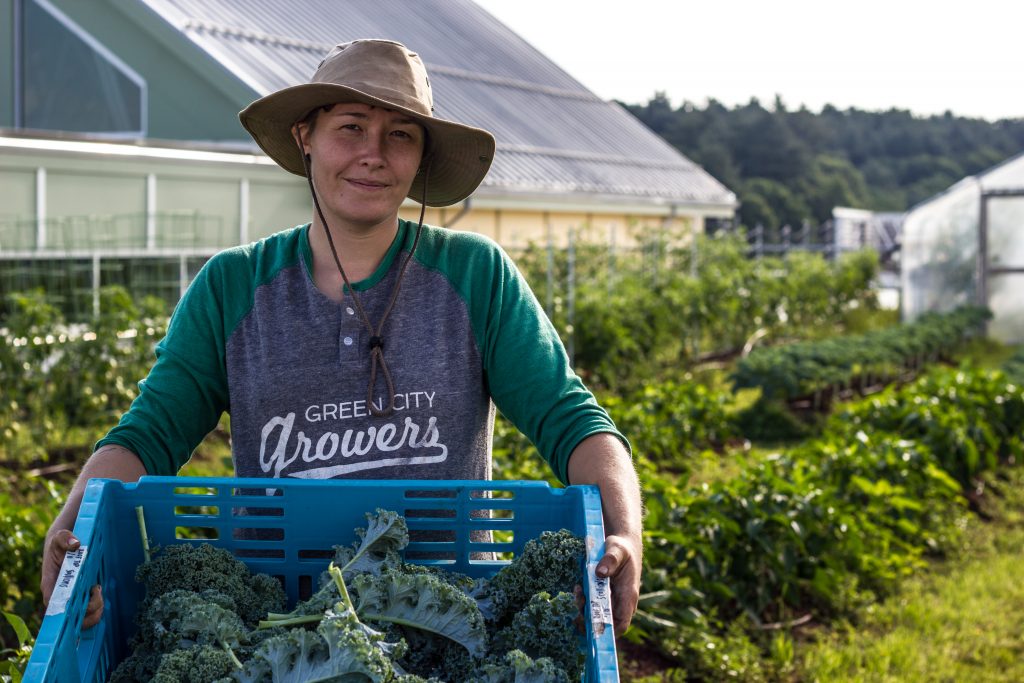 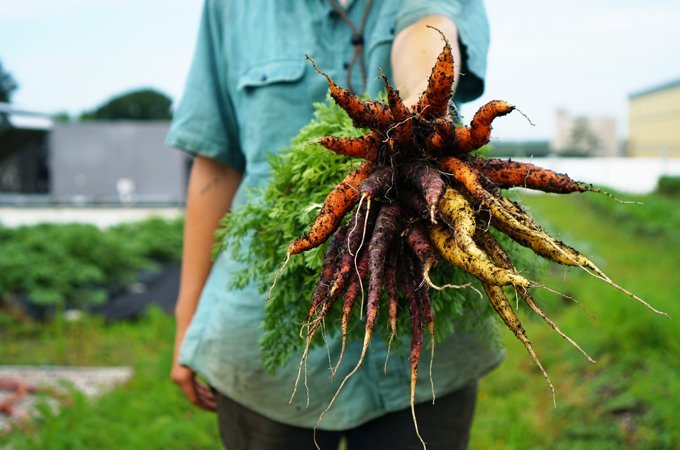 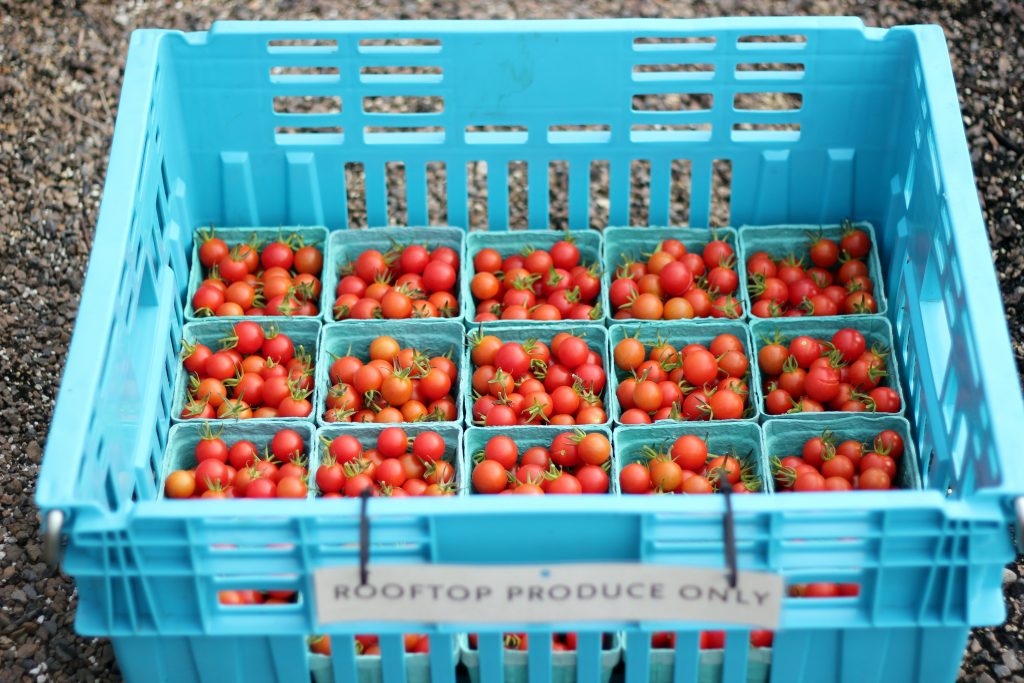 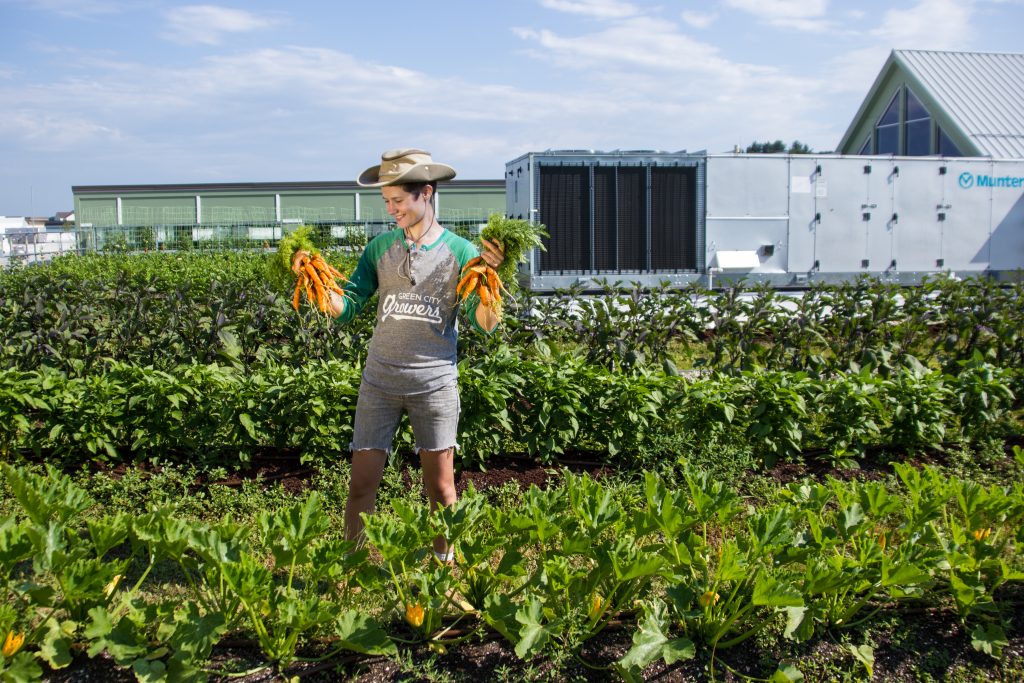 The System We Created

Sitting atop this 45,000 square foot store is a 17,000 square foot rooftop farm that produces more than 5,000 pounds of organically grown produce annually. The roof was designed and constructed by Recover Green Roofs, and is maintained by the staff at Green City Growers. In 2015, a passive solar high tunnel was installed, allowing the roof to produce vegetables year-round.

Where Does the Food Go?

Just twenty-five feet below the rooftop farm, produce is sold directly to shoppers. Whole Foods Market Lynnfield is the first major grocery chain to offer its customers “rooftop produce”, with selections ranging from basil and sage to tomatoes and kale. Most of the vegetables are sold as-is, with any blemished produce cooked into prepared foods. Produce sold in the store is priced about the same as their non-rooftop counterparts. That’s not just local. That’s hyper local.