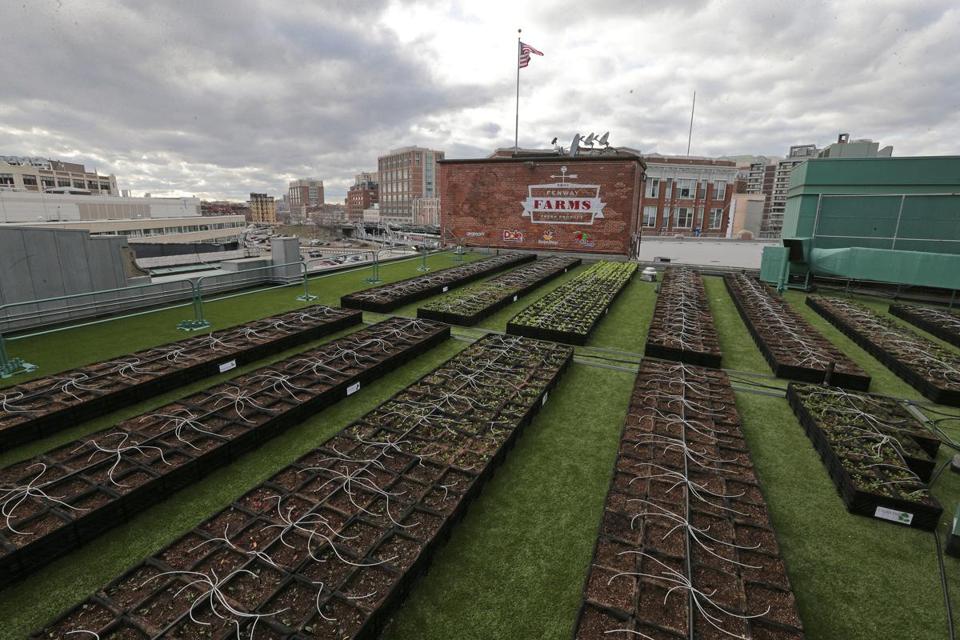 By Jon Mael GLOBE CORRESPONDENT APRIL 17, 2015
When you enter Fenway Park, green dominates, from the Green Monster to the luxuriously manicured grass in the field. The home of the Red Sox is bathed in the springtime color.

This year something new — even more green — has become part of the ballpark. Fenway Farms is the new rooftop garden, where ingredients for salads and other dishes will be grown and used on menu items at the EMC Club, operated by Aramark Corp., which oversees the food concessions in the park. A small patch of roof above Yawkey Way behind the Fenway Park sign has been converted to a versatile growing area, which will turn out a variety of herbs and vegetables ranging from arugula to spinach.
Standing in the garden, even during a home game, you’d never know the park downstairs is crowded with cheering fans, aside from the aroma of sausages and onions from the street below. The sunbathed spot must be Fenway’s quietest, and it’s almost comically out of place. Fans in an upper level keep stopping to peek at what’s going on, take pictures, and ask questions about the project.

Adding something to a 1912 building can’t happen without serious planning. “We spent the last year exploring the opportunity,” says Chris Knight, manager of facilities, services, and planning. “We were trying to determine the best location, where would get the most sunlight, and our structural engineer had to determine if the roof could take the weight of the garden.”

According to Knight, it took a little over a month to put the project together after the location was finalized. Produce is grown in dozens of milk crates arranged by crop and watered with a piping system. Knight says two Somerville companies are integral to the project. Recover Green Roofs oversaw the garden’s design and construction; Green City Growers handles the planting and maintenance of the vegetables and herbs. Green City Growers visits the garden twice a week and will be there on May 1 for the first harvest.

Even after Boston’s brutal winter, some plants were shooting out of the soil just a week after the garden opened, and that has Ron Abell, Fenway Park executive chef, very excited. Abell says he changes his menu in the EMC Club with each series, so he’s looking forward to using the organic produce in a variety of ways. “I want to showcase the radishes, pea shoots, and young lettuces, and we’ll do kale salads and braised collard greens in the spring,” says the chef. The bulk of his fresh produce comes from Ward’s Berry Farm in Sharon, and that relationship will continue, but there are advantages to growing ingredients next to the kitchen. “The less miles [produce] has to travel, the less hands it has to go through, the better,” Abell says.

When picturing Fenway, it’s easy to imagine standard ballpark fare, and, says Abell, “We definitely have people that come in and eat sausage and hot dogs.” But the EMC Club features upscale cuisine like bouillabaisse and lobster rolls. “I like to cook as if people are coming for the food and not the game,” says Abell.

The new garden will also serve as a teaching tool for area youth to learn about the benefits of sustainability and healthy eating. To that end, Knight has already received numerous requests from local schools.

Gilula explains that although Fenway Park is historic, management strives to improve it. Turning a previously vacant space into a productive garden is part of that plan. “We’re constantly looking for ways to make the building more fan friendly, sustainable, and operationally efficient,” he says.

Abell consulted with Green City Growers about what they would be planting, and he can’t wait for May 1, when he’ll begin using Fenway-grown ingredients. The space will harvest produce in spring, summer, and fall.

It’s that last season that Abell is most looking forward to. “I’ve already started planning my World Series menu,” he says. 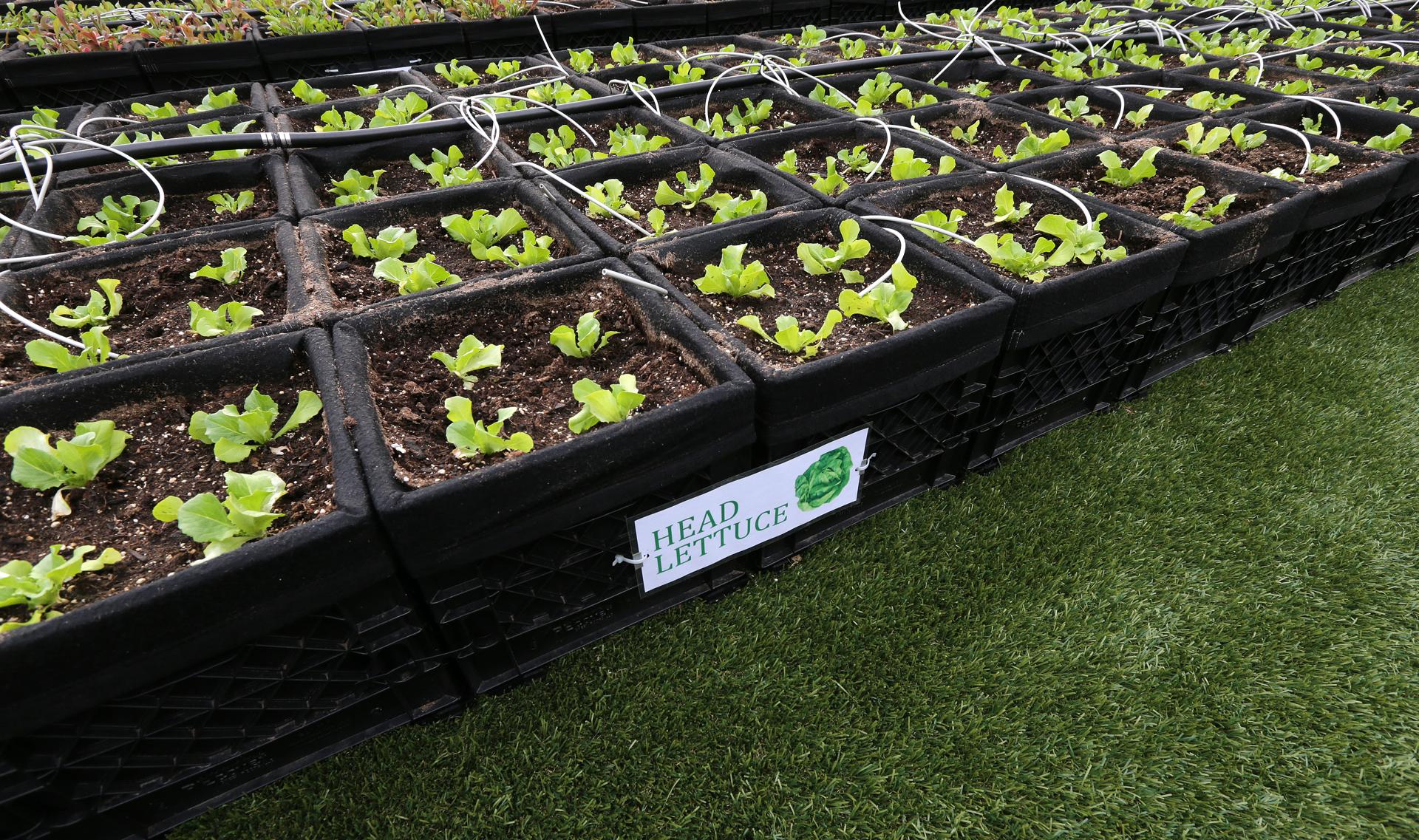 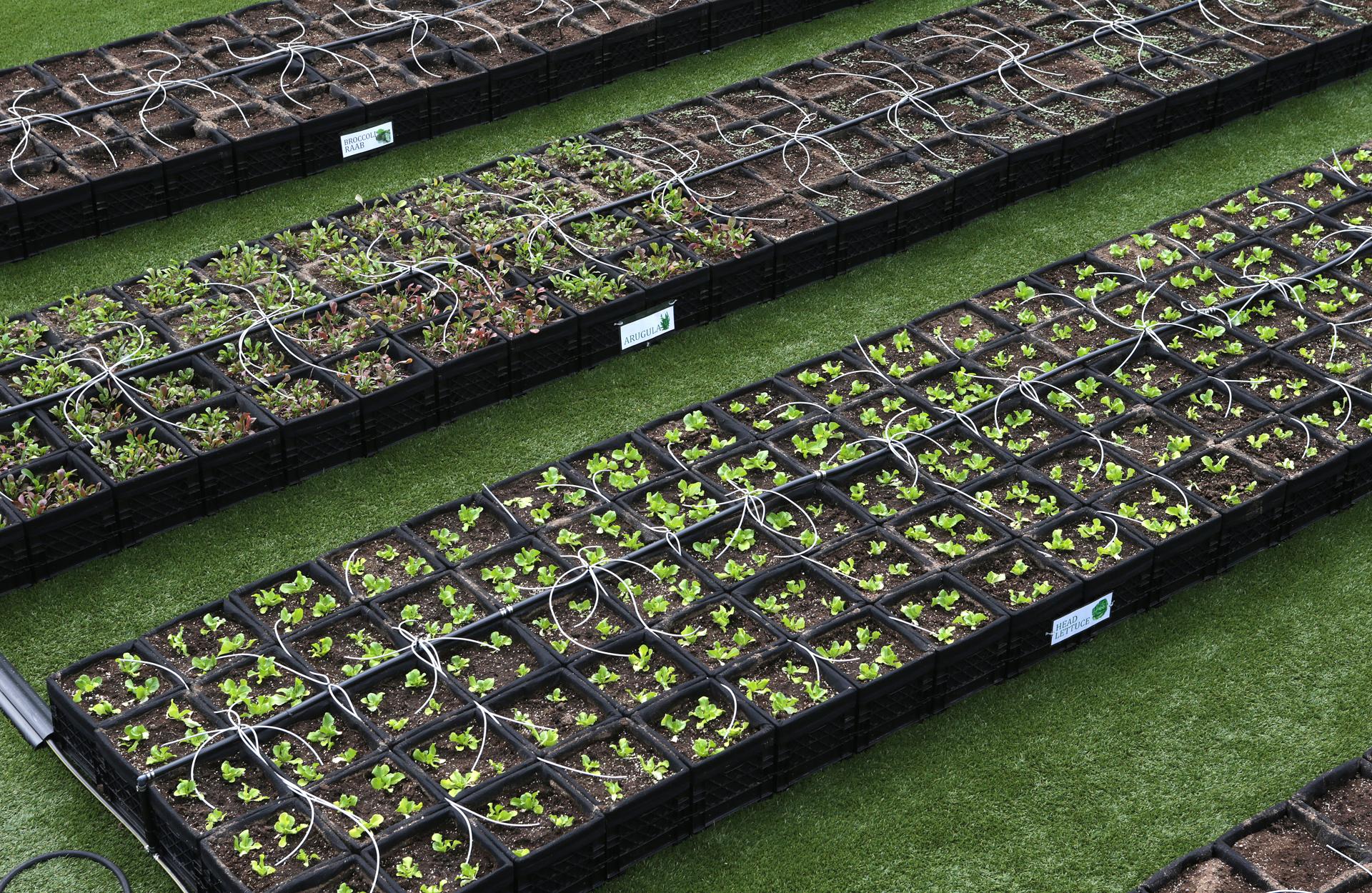 Jon Mael can be reached at Jmael2014@gmail.com.