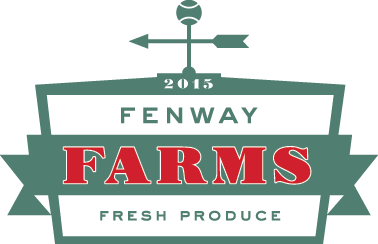 Green City Growers is proudly working with the Boston Red Sox, Aramark, and Fenway Park to bring Fenway Farms to Red Sox Nation! Installed and launched for opening day of the 2015 season, Fenway Farms provides fresh, organically grown vegetables and fruit to Red Sox fans dining at Fenway Park’s Dell/EMC Club restaurant along with use in concessions throughout the park. 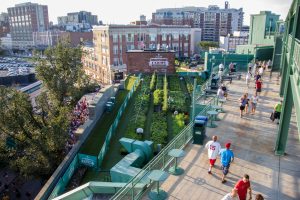 The Vineyard Vines Event Deck, opened in 2016, is a Fenway Farms-inspired event venue that is rented out as part of ticket packages and for special events. The produce grown on the Event Deck is all donated to the community via our food rescue partner, Lovin’ Spoonfuls. 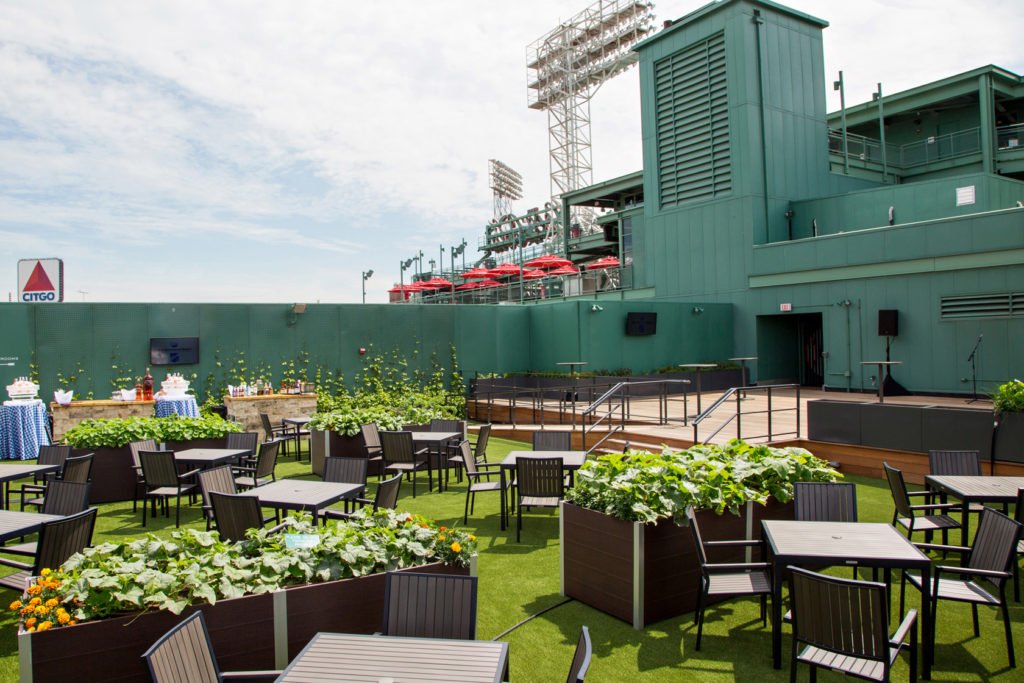 Green City Growers partners with Recover Green Roofs, a Somerville-based green roofing company, for this and other roof top projects, including the half-acre rooftop farm at Whole Foods Market in Lynnfield, MA in 2013, currently the largest roof top farm in New England.

This baseball season, while you’re watching the Sox nab a win, you might also catch a glimpse of our farmers maintaining the farm or harvesting fresh produce. The Green City Growers team is thrilled to be the Red Sox’ Other Farm Team!

More than 5,900 pounds of fresh produce – everything from kale to broccoli to hot peppers – are harvested each growing season at Fenway Farms!