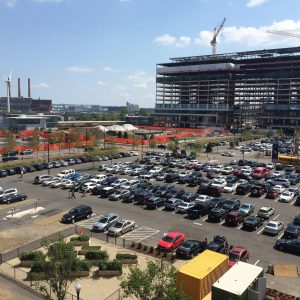 As city dwellers increasingly call for green space, the modern urban landscape is designed with an almost nostalgic turn backwards. In the world of high tech modernity, more and more individuals yearn for a city that thinks of progress not as steel and concrete, but instead as trees, bushes, and vegetables.

The urban farming movement is at once a boldly innovative and forward-thinking movement, and a profoundly historical and homespun one. For every large-scale, state-of-the-art, fully automated hydroponic greenhouse, there are dozens of backyard gardeners making use of five-gallon buckets and old terra cotta pots to grow a few tomato plants. Urban farming drives us to imagine a new sort of city founded, ironically, upon one of humankind’s oldest and simplest of actions. 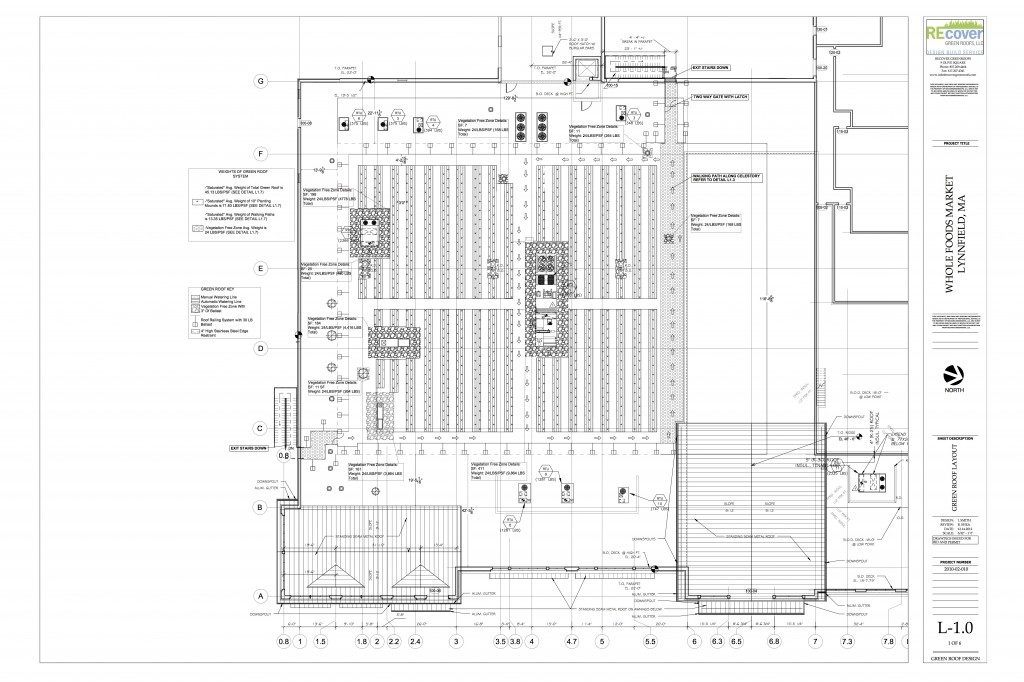 What the Local Food Trend Teaches

Perhaps no crop is more iconic of the local food movement than the tomato. Instead of waxy, flavorless “grocery store tomatoes,” heirloom tomatoes have become commonplace even on the shelves of everyday markets. Farmers who have saved seeds for generations “rescue” centuries-old varieties, which they sell at farmers’ markets and conventional grocery stores.

Heirloom varieties are often more delicate and thin-skinned than their mass-market relatives. This makes them ill-suited for the transportation-heavy world of modern farming. With a turn towards more localized production, though, comes the (re)arrival of trendy crops like husk cherries. Though “local food” may seem like an omnipresent and oversaturated term, its impacts are only just beginning. 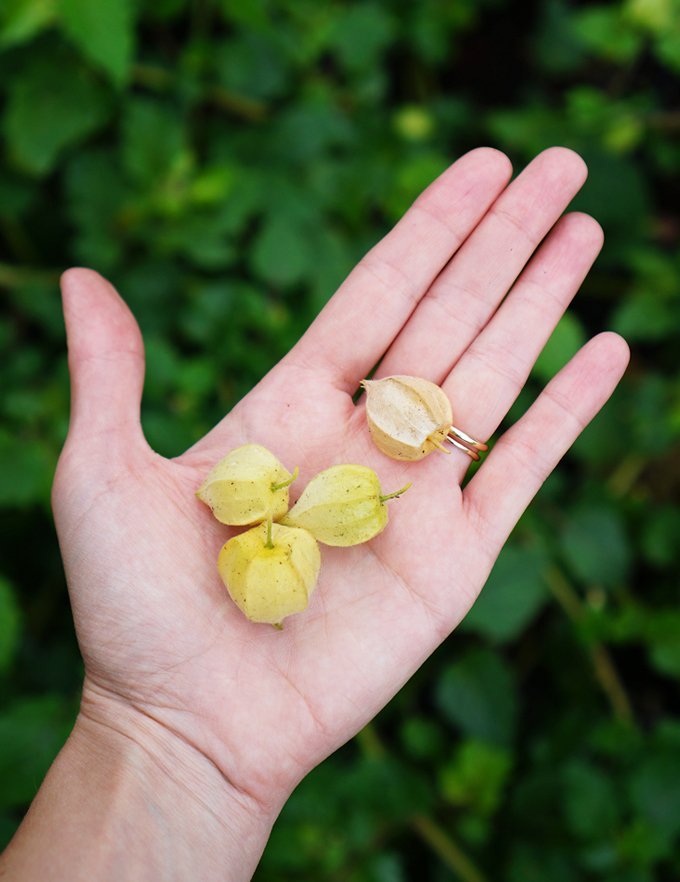 There are more than seventy varieties of husk, or ground, cherry – genus Physalis – around the world, many of which are native to North America. These curious little fruits, which grow wrapped in a papery husk similar to a tomatillo, have a pineapple-like flavor and a tomato-like texture. The plants are short and bushy, and the fruits, when ripe, drop to the ground to be scooped up.

As farmers rescue these crops, we also rescue their histories. Ground cherries are common in the great plains, and were used in many Native American recipes. The Zuni tribe often prepared them as a savory dish, served with onions, chili paste, and coriander. The Omaha tribe, meanwhile, served them fresh. These fruits found their way into many prairie recipes, as well.

History, too, does not always mean uncovering that which is centuries old. Urban gardens, too, have become places where we uncover personal stories. Gardens at senior living communities, for example, help to connect seniors with their pasts and unearth long-term memories. 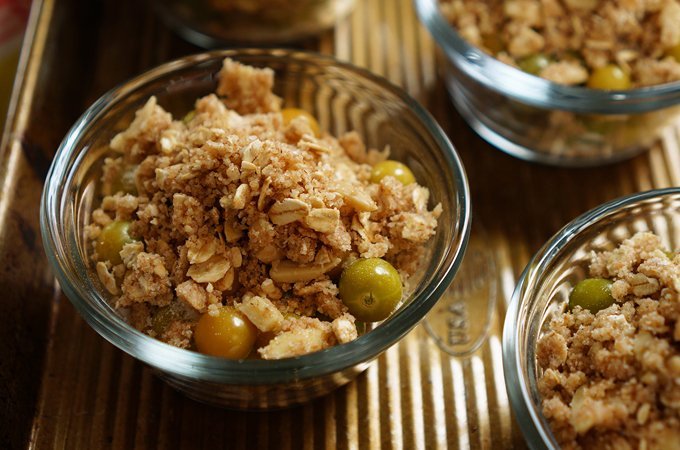 Our friend Desiree at What’s In Season With Des, too, is taking the old, heirloom husk cherry and making something new. Over on her blog, Des has created some mini husk cherry crumbles, that take full advantage of the changing seasons and the re-discovered desire to turn on the oven.

Husk cherries are only available for a short time, so it’s time to swing by a local market, pick up a pint, and get baking!