Green City Growers’ CEO & Founder, Jessie Banhazl, reports from the road on her Eisenhower Fellowship, taking place from September 9th- October 13th. Learn more about her program objectives, and check out her previous post from Berlin. 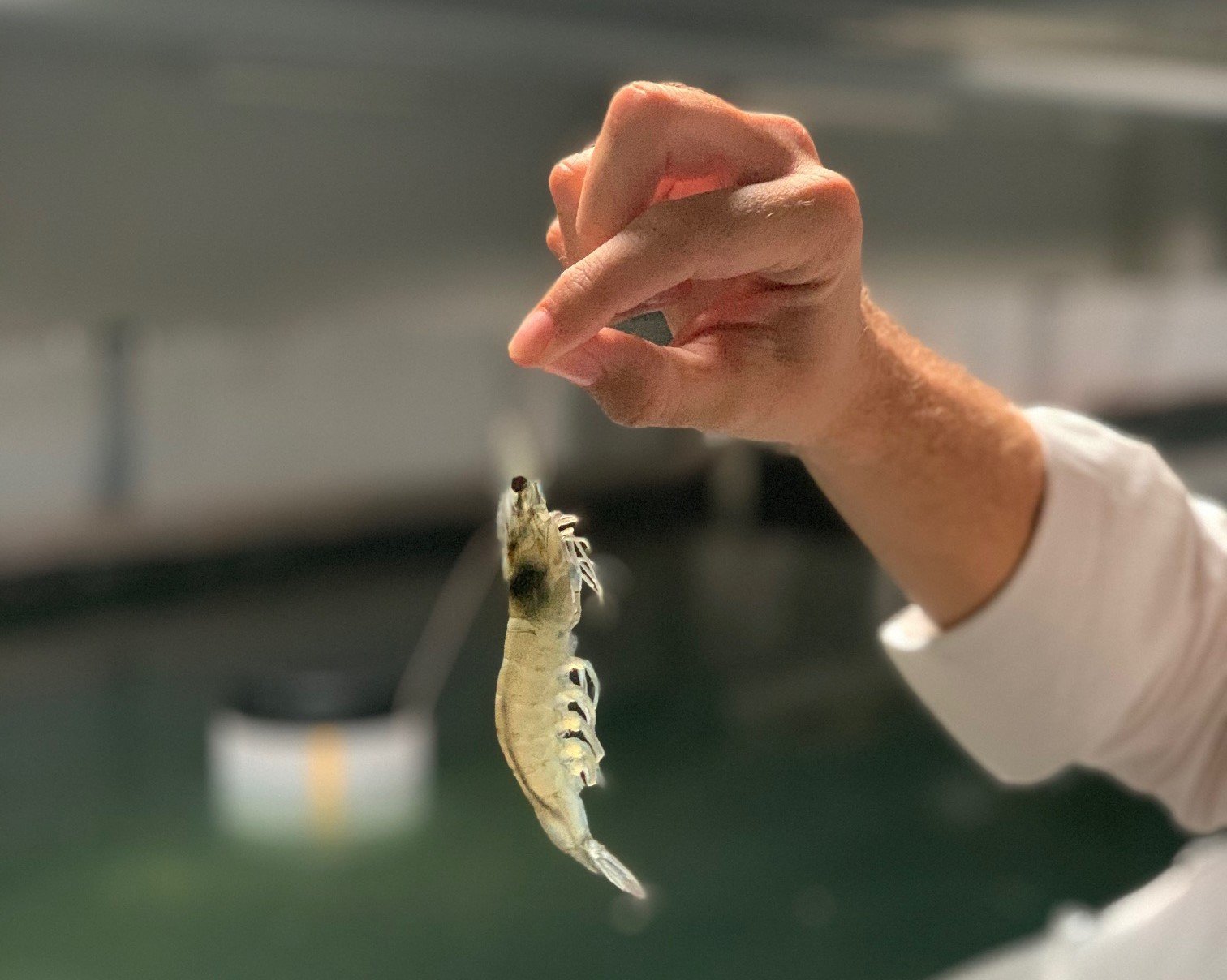 The continuation of my Germany trip from Berlin to Munich was well worth it. I was warned by my Berlin contacts about how “conservative” Munich would be compared to Berlin. What I found, though, was a variety of progressive organizations who very clearly saw the benefits and importance of growing food in a more sustainable way and doing it as a business. Germany, as it appears from my two weeks here, is generally more progressive than the US (even in its traditional cities) regarding climate change awareness and sustainable food systems. There is no climate change denial from the political parties, which is different than the US. That said, a deep commitment to family businesses, large-scale industrial agriculture, and traditional cuisine, does define Bavaria (the region where Munich is located). While this does not prohibit innovation in the food system, it does not entire support it. My takeaway in meeting with urban farming organizations in Munich was that growing food locally and sustainably was not considered progressive per se but was considered practical, with the potential to develop into a serious economic powerhouse over time. The cultural and consumer support of local food and sustainable agriculture in Germany is still in its fledgling state, but that doesn’t mean organizations aren’t seeing results, or investing in its (I believe, inevitable) growth.

This speaks to my heart with my own organization, Green City Growers. We strive to not only create sustainable food production systems, but also to prove that growing food locally, organically, and sustainably is not as progressive as it seems- Its practical. There is good business in doing good for the earth and for its people. The challenge is in educating the public, investors, and customers to understand why this is the case when history has taken us so far in the other direction. Being a certified Benefit Corporation helps with this cause, and we are constantly advocating for local food and urban agriculture to be taken seriously, like as in Munich, as a robust industry that can both generate significant revenue and create an undeniable social and environmental impact.

Who I met with in Munich:

I had a wonderful conversation over local cakes with Christine Zimmerman-Loessl, the Founder of the Association for Vertical Farming, is an international organization founded in Munich. Also joining us was Board Member Marvin Spence. Founded in 2017, the association supports over 250 members across the world that are in the business of installing and maintaining vertical farming systems. With only 7 volunteer board members, the association hosts an annual conference for over 2,000 people, and offers opportunities for education, networking, and visibility through their organization for all their members. Their members are spread across the globe, with high concentrations in Asia, Europe, and the US. Members range from start ups to large, established organizations, and member statistics vary year to year. This year, Christine says, the members are majority startups.

Some of the challenges that the organization has identified for their members is that zoning and regulations can be more onerous in Europe vs. Asia. The US seems to be the most open to vertical farming culturally, but Asia is more open to innovation and faster to take up new technologies. They are also concerned about changes in government office, as sustaining an environmentally friendly political party in office is important to creating less onerous regulations for large-scale urban farming systems.

Christine and her team are working to fund a pilot vertical farm that they hope will allow them to install and maintain what they consider to be a very effective system for food production. There are not any vertical farm examples in Germany yet, so her team is dedicated to starting this pilot to prove its value. They think that in showing an example of this system and show in real life it’s benefits, that will act as consumer education and aid in cultural adaption to their approach. 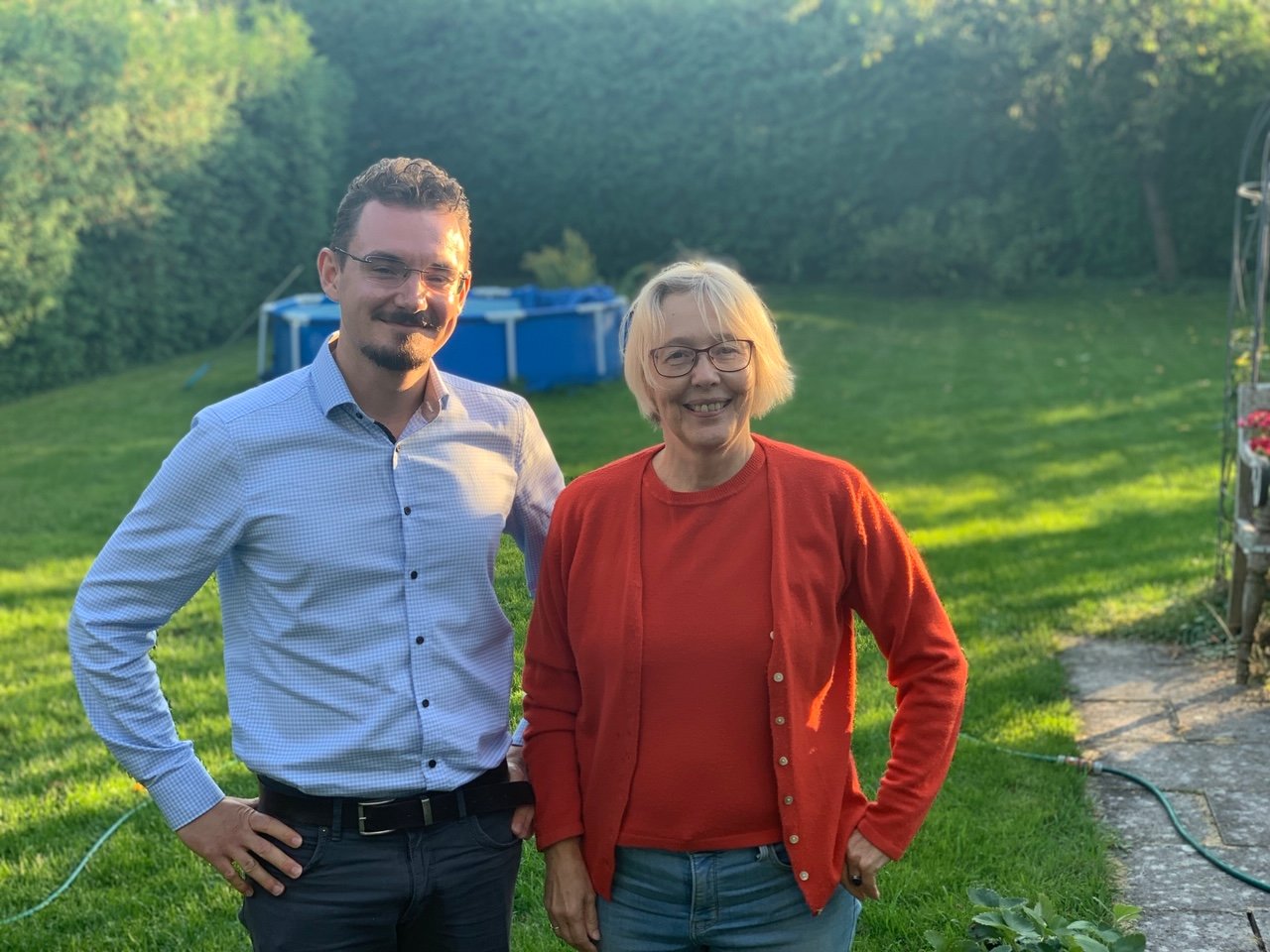 I had a lovely breakfast with Founders Anja Frohwitter & Sven Seynsche, and members of the team from Stadtpflanzen, an urban farming organization based in Munich and the surrounding area. Stdatflanzen is dedicated to securing a rooftop farm location to launch their urban farming business seriously. They have been working for the past 2 years to try to locate a roof they could grow on but have not had success yet. They believe that Munich is a bit behind Berlin in its adaption of urban farming, identified Munich as being in the “education phase” of understanding the value of urban farming, but they do believe it’s possible. Like the Association for Vertical Farming, they believe that once a working rooftop farm is up and running in the city, residents and decision-makers will see the value of these endeavors and the industry will grow.

They are struggling with the same cultural opposition to paying for gardening services that many of the organizations I met with in Berlin had dealt with. Accessing a viable (and affordable) rooftop space has also been a major challenge. While Munich is a very, very old city with very old buildings, there are new construction projects happening. The issue has been convincing landlords of the value of rooftop farming without examples in Germany to point to. Like Green City Growers, Stadtpflanzen had also dealt with push back from potential investors that believed the model is “not scalable” or in what appears to be a German trend, “gardening is hobby, not a business”. Stadtpflanzen believes that if there was a “price tag” or some way to create visibility for environmentally friendly produce (among other products) would help to show value for the whole industry, which I very much agree with. They do believe consumers are becoming increasingly more aware, and that consumer demand should hopefully push the local/sustainable farming industry forward sooner than later.

I am really happy to have met Anja, Sven, and the whole team. I feel like I was able to be helpful to them by sharing some of my own lessons learned and the GCG approach to business development and growing our company over time. When I was just getting started, it was meetings like this that gave me inspiration to keep pushing forward, I hope that was the case for Stadtpflanzen. One of my initial thoughts for a project for my Eisenhower Fellowship would be to start a trade alliance for urban farming services companies. Anja and Sven said they would happily sign up. Could be a good sign that this would be of value to the global community of urban farming organizations?

Thanks for the cool apron and collateral, Stadtpflanzen! I as wishing them all the best as they seek out a location to start their rooftop farming operation. 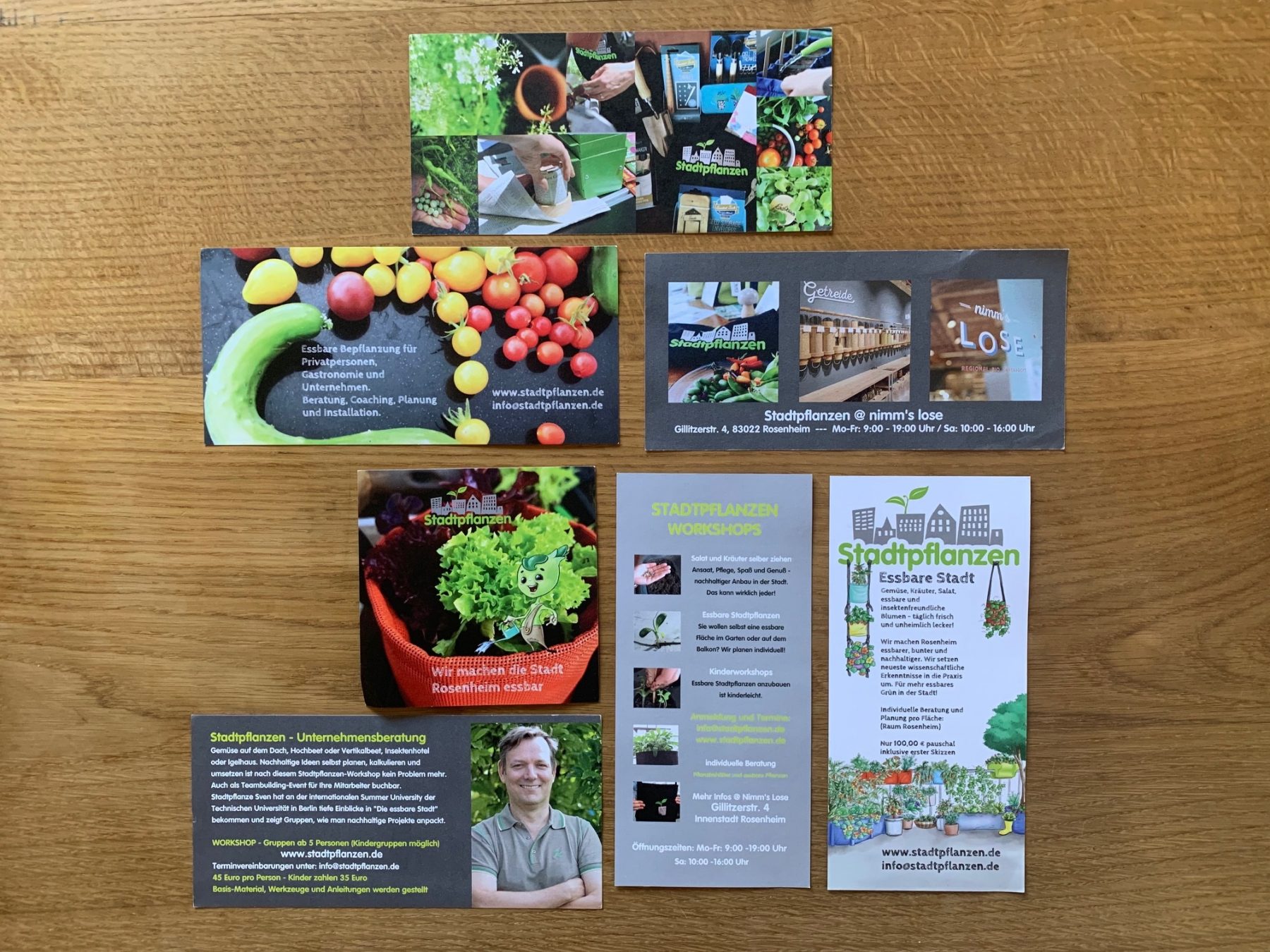 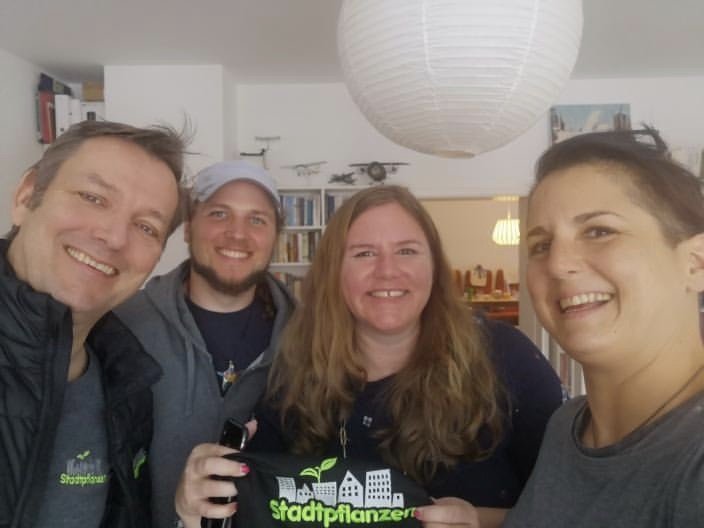 I met with Ivonne Jϋttner and Professor Dr. Heike Mempel at the University of Applied Sciences in Freising, 30 minutes north of Munich. Ivonne manages the on-site indoor farming unit, and Dr. Mempel is a professor of horticulture. The college has a wide variety of degrees, including degrees in horticulture and agriculture. Ivonne manages the on-site indoor farming system- a Growtainer system used exclusively for research. Popularity of high-teach production systems like the indoor farming system varies for their student- may are excited about the idea of using technology to enhance production, while others prefer to stick to the traditional, soil-based way of growing food. Both Ivonne and Heike agreed that there has been an increase of Germans thinking and talking about urban farming, but not a lot of action. They believed the concept needs to be “better marketed” to the population in order to grow significantly.

Regulations and the challenges of being in a market with such inexpensive produce available are clearly benefits to entry to new enterprises. The industrial agriculture industry in Bavaria heavily influences the preferred degrees and career paths of their students. Anywhere from 30-40% of the student body comes from a family farm or horticulture operation and are getting their technical degrees to work for the family operation. Industrial agriculture buys up the smaller operations, which has led to a scarcity of small-scale growing operations in the area. While ecological production systems (ecoscaping, organic food production) are very interesting to the students, there is not a clear path to a career in these fields, with most students ending up working for larger, more corporate companies as that is where the jobs are. Fruit production is becoming increasingly popular, with many students hoping to learn the skills to produce fruits to get work in the field, which Is robust in Southern Germany.

We also discussed the lack of startups (and lack of interest in startups from their students) in the agricultural space. Established technology companies from the Netherlands dominate the market for new technology, with very little small organizations popping up to try to “disrupt” the existing system. Jobs in the sector seem to be available, which appears to allow for students to find careers right out of college without having to start their own startup businesses. While this creates security, it does not shake up the status quo as to how agriculture and horticulture are approached. 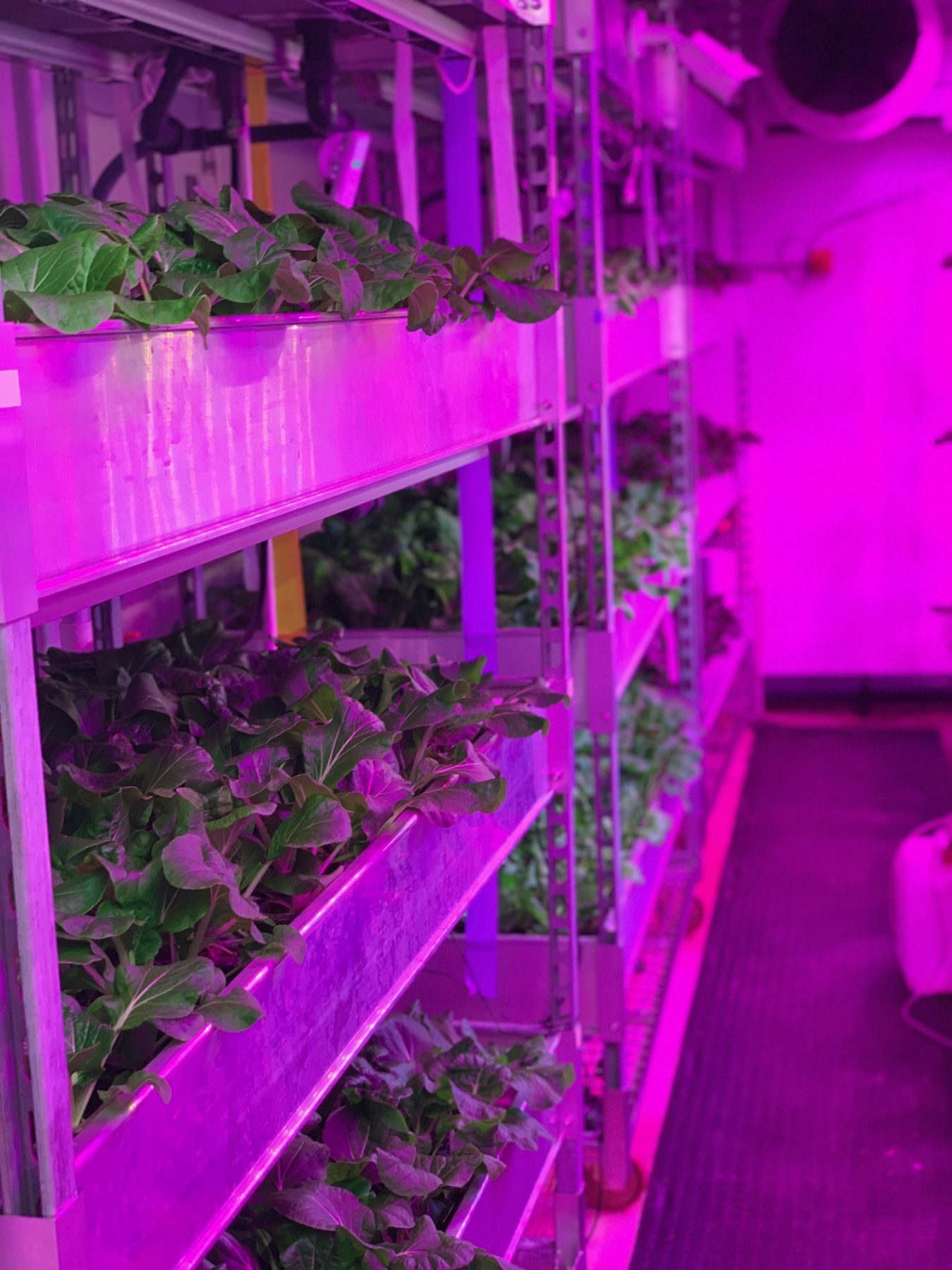 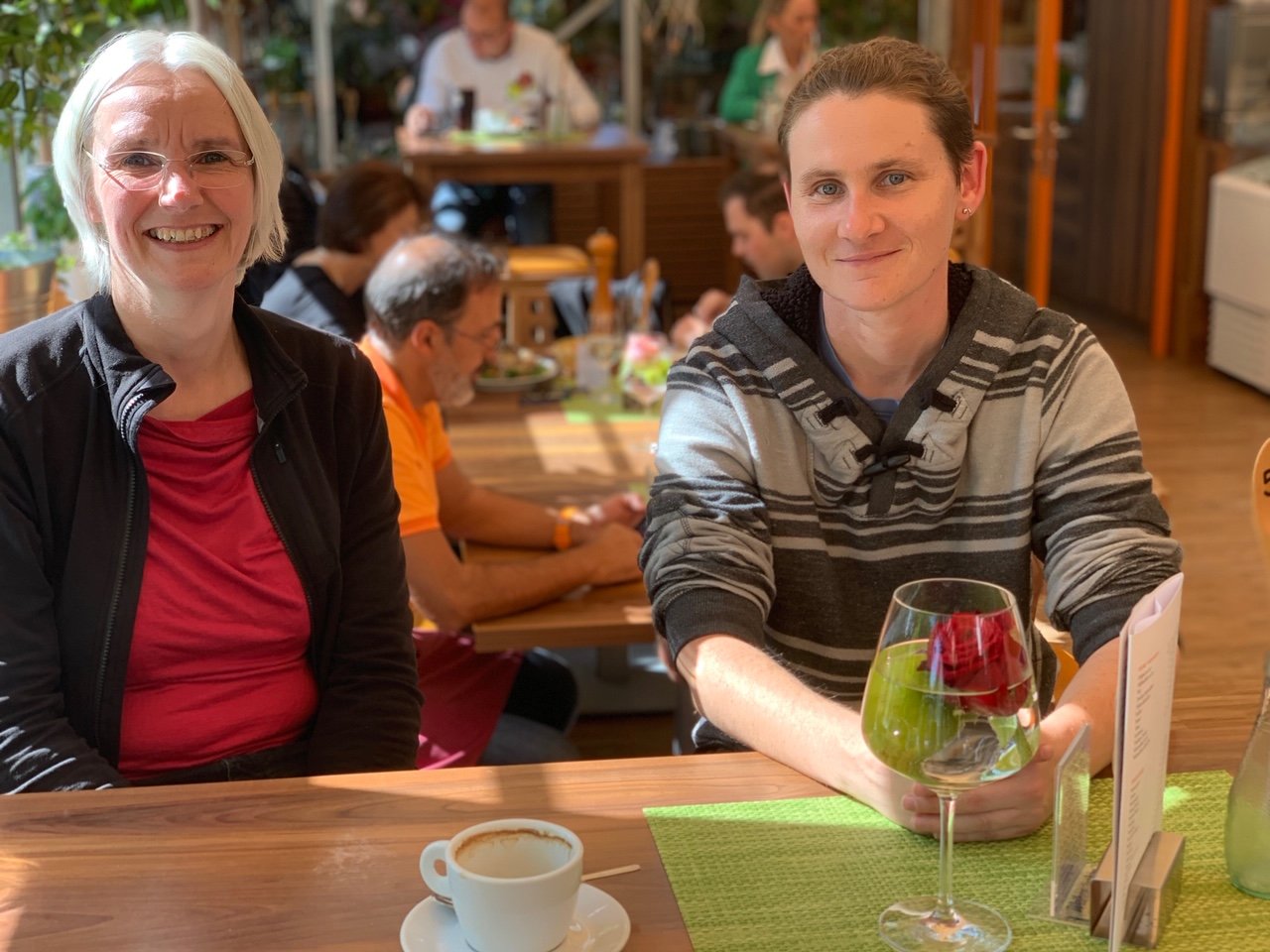 I had a great time meeting with Dr. Fabian Riedel, Founder of CrustaNova, located an hour north of Munich. CrustaNova is an indoor shrimp-producing facility focused on Pacific white shrimp production. They also distribute high-end seafood products, such as lobsters and caviar, to their customers along with their in-house shrimp. CrustaNova was a very impressive operation. Producing over 30 tons of shrimp a year, they serve Germany, Austria, and now Switzerland. The production facility uses a closed-loop system, wasting only 1% of the water used in production. They also use no chemicals or antibiotics during production.

Shrimp is the #1 seafood product consumed worldwide, with most of the world’s shrimp coming from outdoor shrimp farms in Southeast Asia. Fabian’s system allows CrustaNova to optimize production by controlling the shrimp’s environment to create ideal growing conditions, while creating a significantly more sustainable food system by growing them locally, sustainably, and without chemicals or antibiotics. The demand for CrustaNova shrimp is higher than their current production, with their consumers typically already being educated as to the value of the locally produced product, but also appreciating the high quality and delicious flavor. It’s a real win-win from my perspective, and while their product may be on the higher end of the pricing market, it’s substituting for existing high-end shrimp products that are much less sustainably produced. Fabian says the most important quality his consumers look for when purchasing their product is “being able to trust the guy who is producing it”.

CrustaNova is hoping to expand its production facility to keep up with it’s demand and sees a big future for indoor shrimp production worldwide. I wish Fabian and his team all the best, it was such a pleasure to see such a professional operation that can clearly make a huge difference in sustainable food systems. 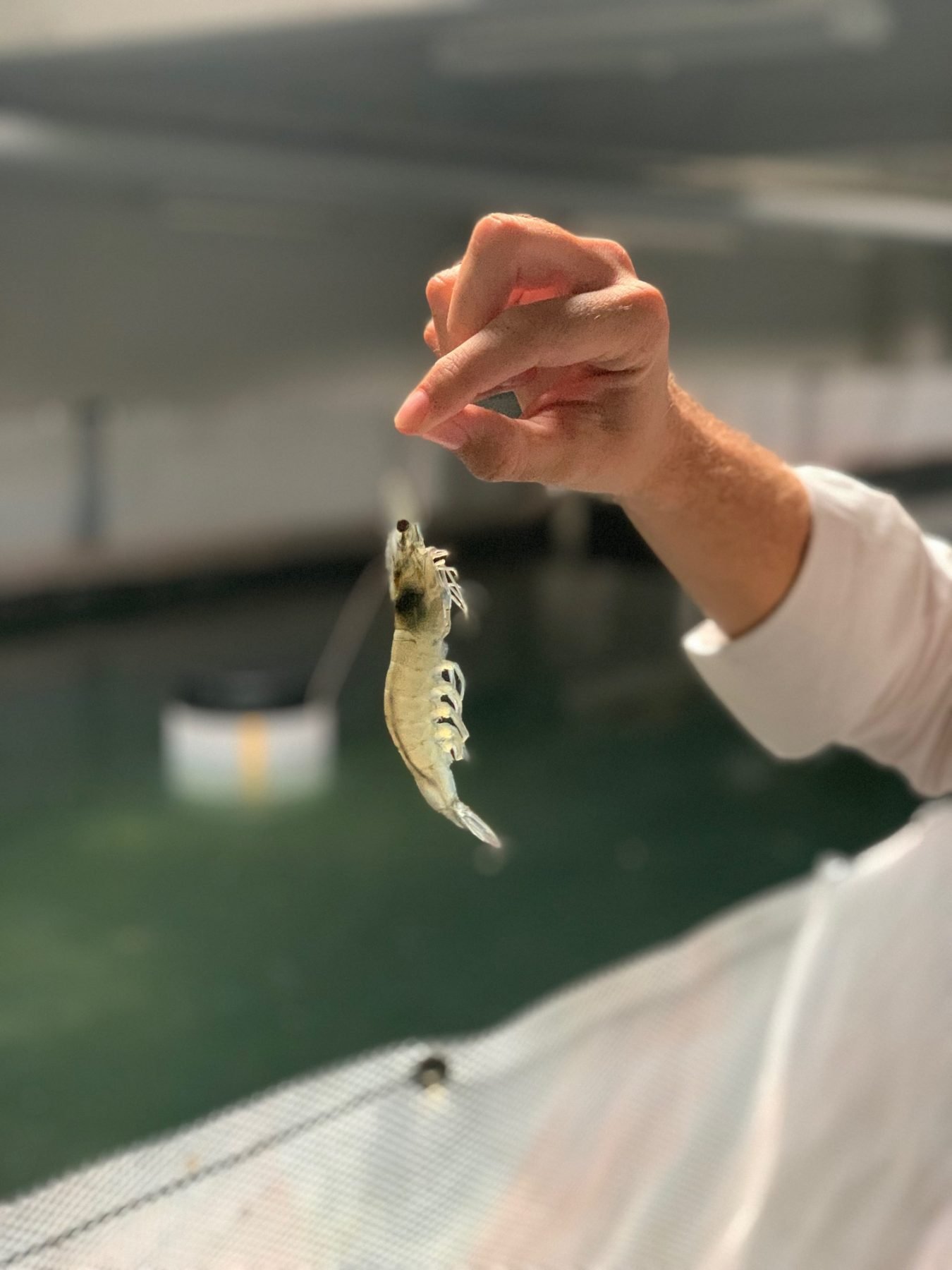 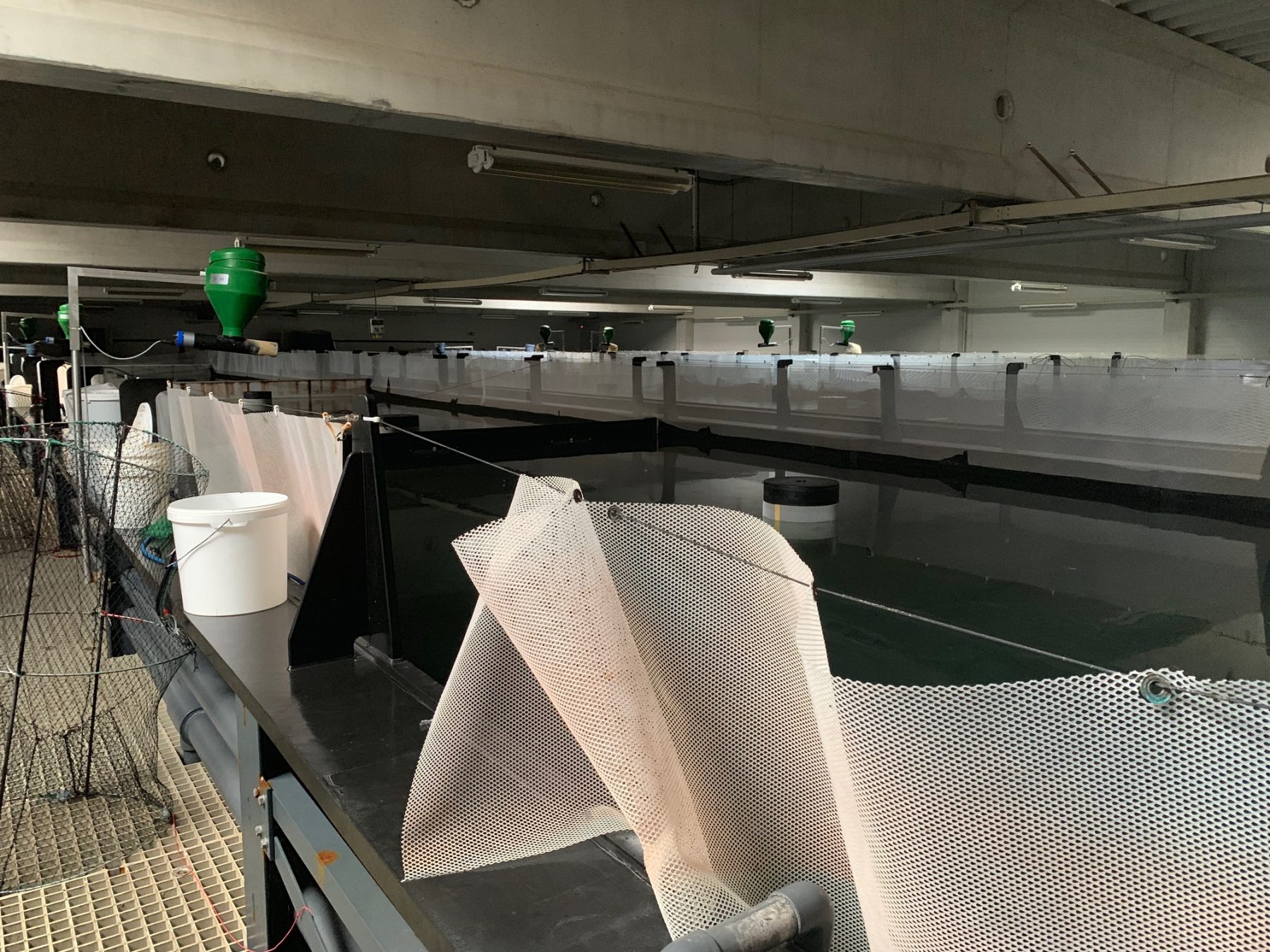 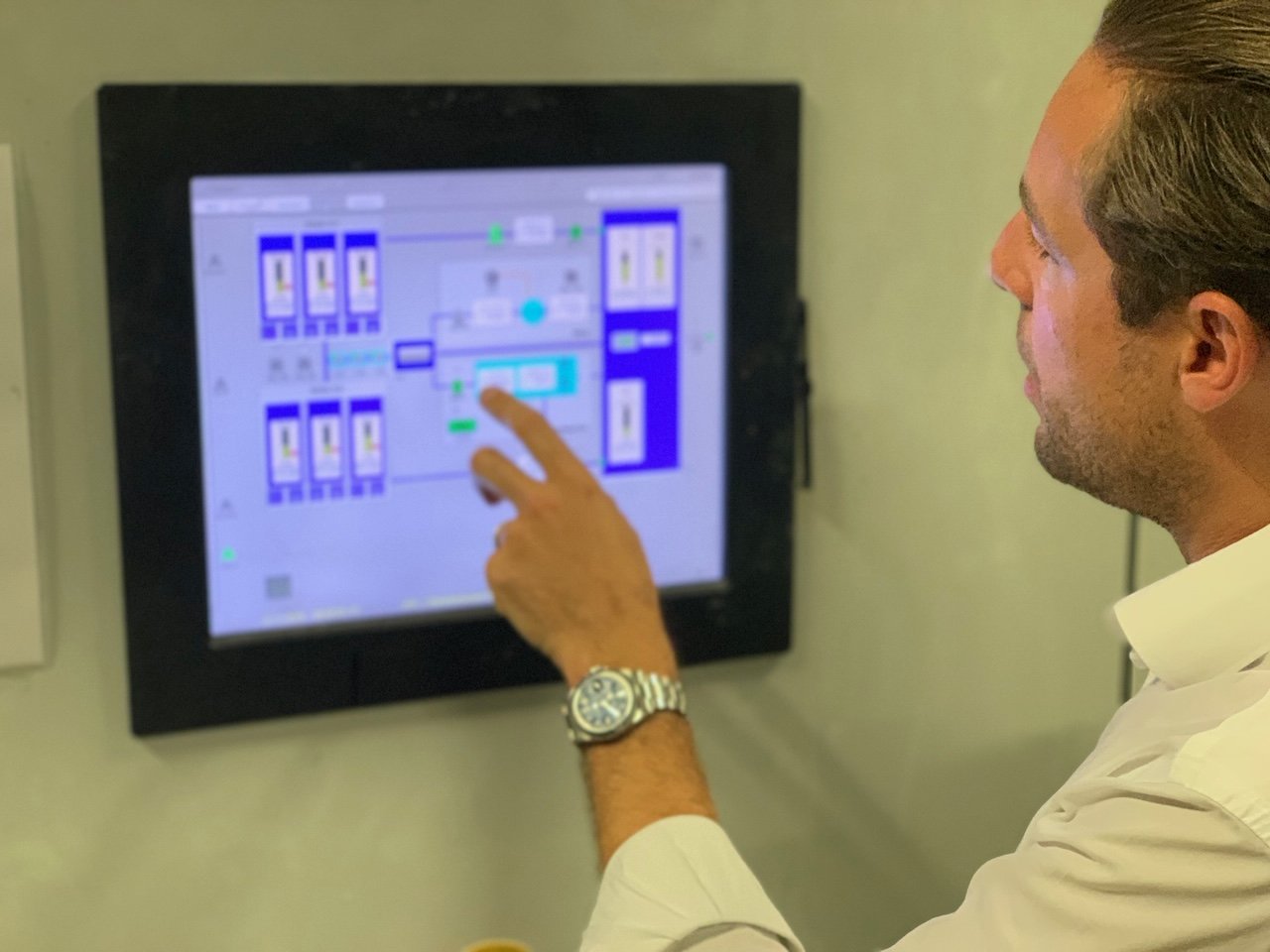 And a Few More Pictures from Munich

I got a chance to drive 1 hour south to the alps and take a cable car to the top of a mountain, it was an amazing way to experience Bavaria! 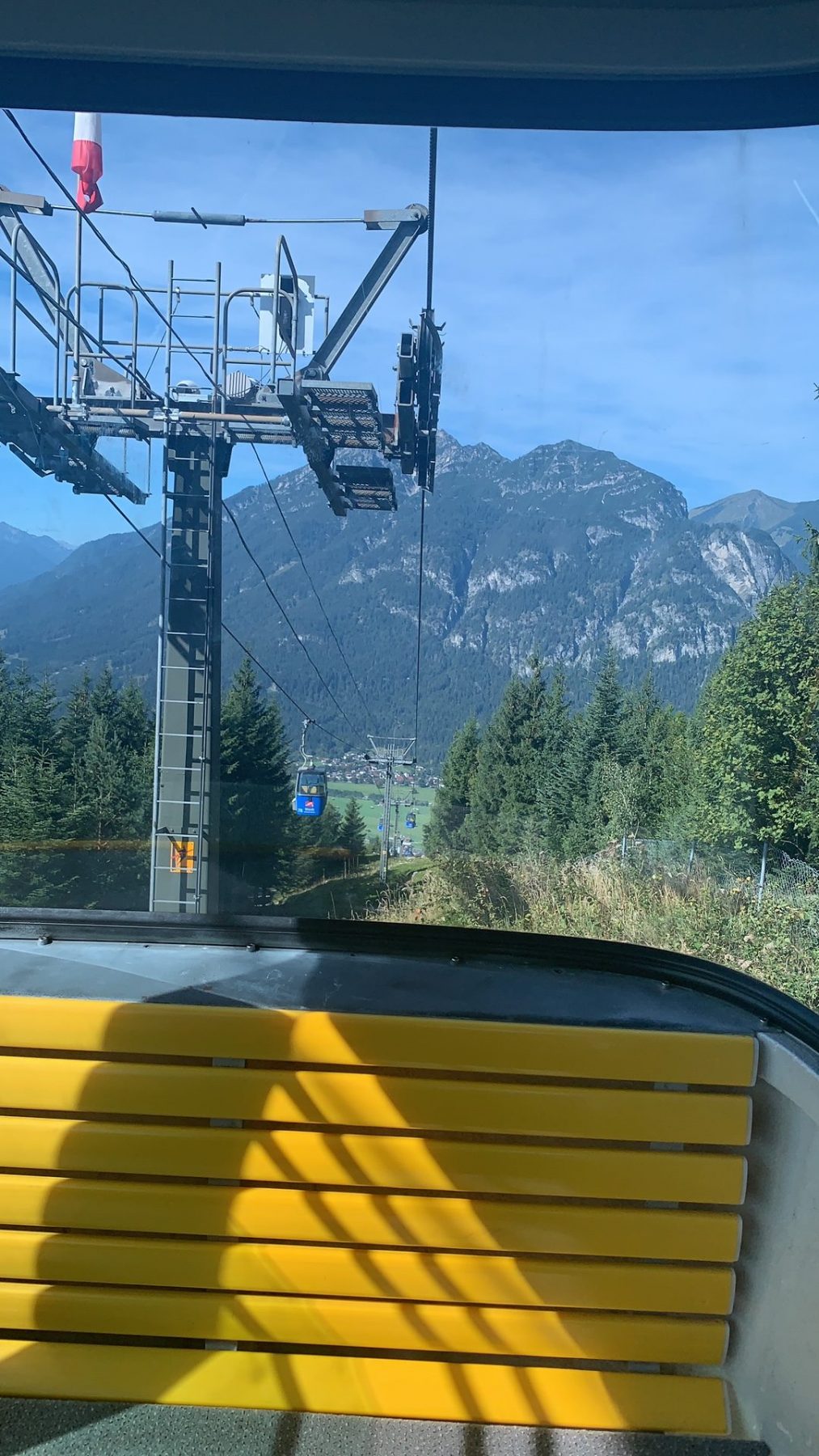 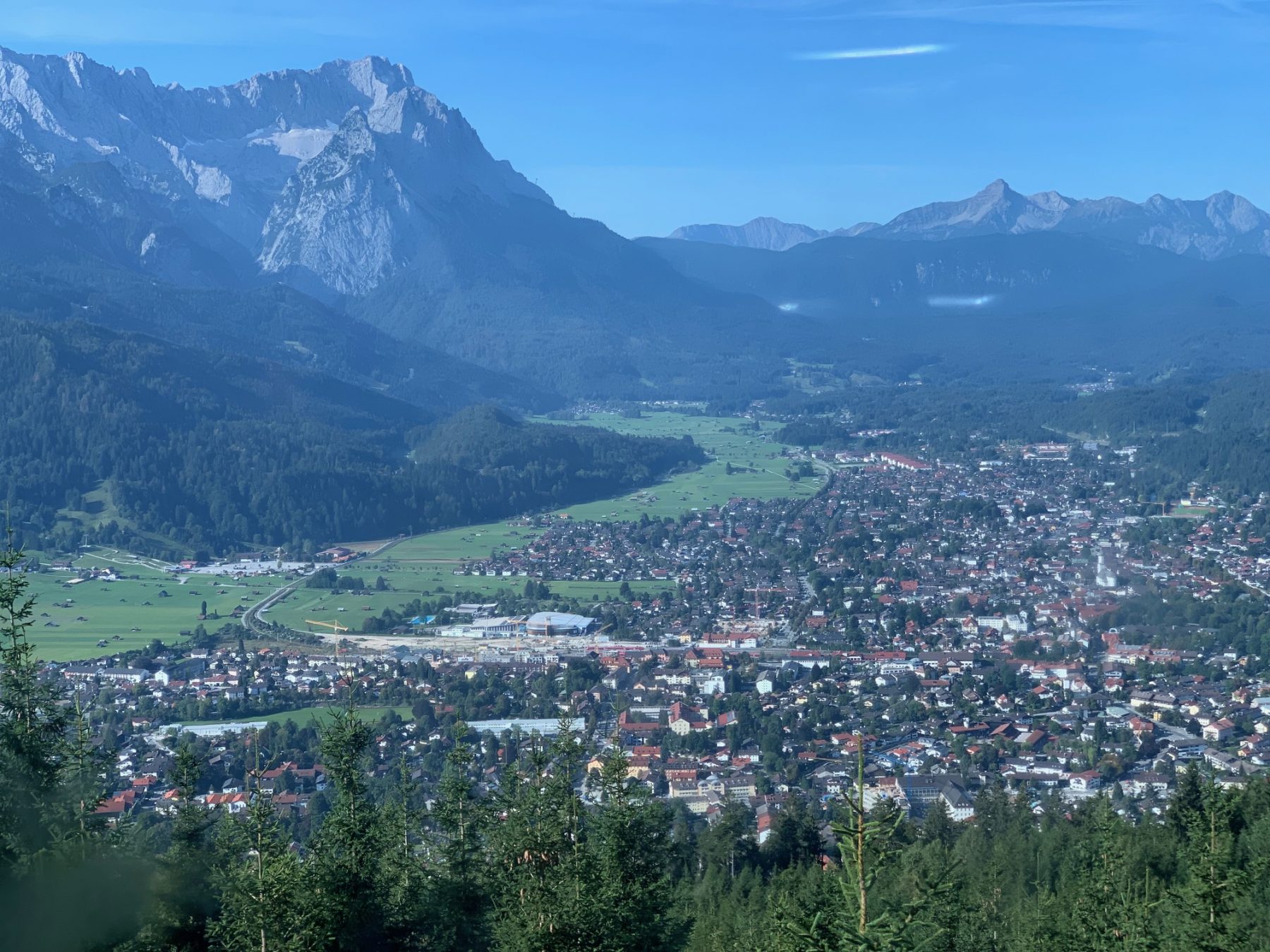 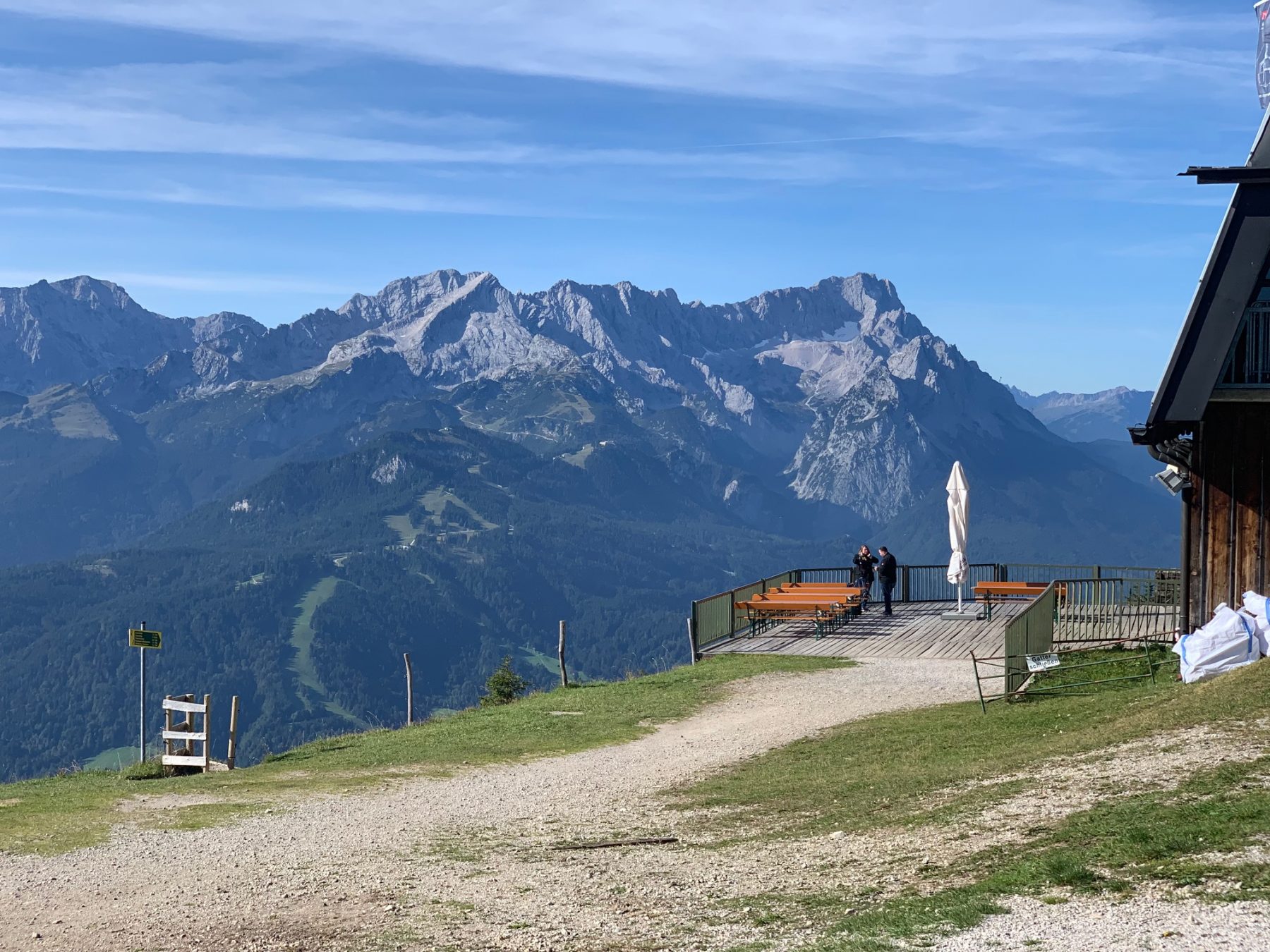 This is leberkäse, which is essentially a loaf of hot dog served on a bun. It was amazing. Why don’t we have this in the US?!?! 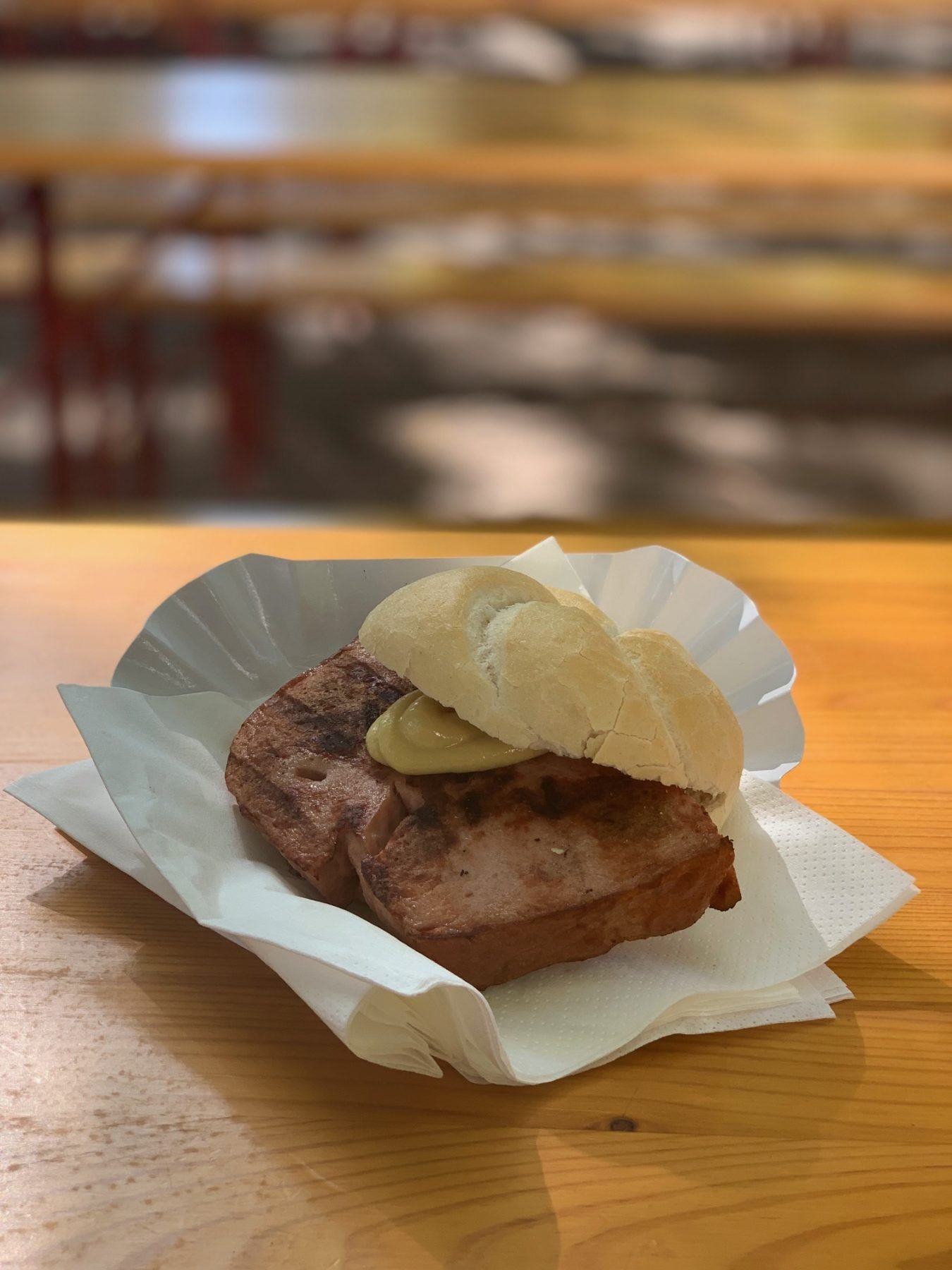 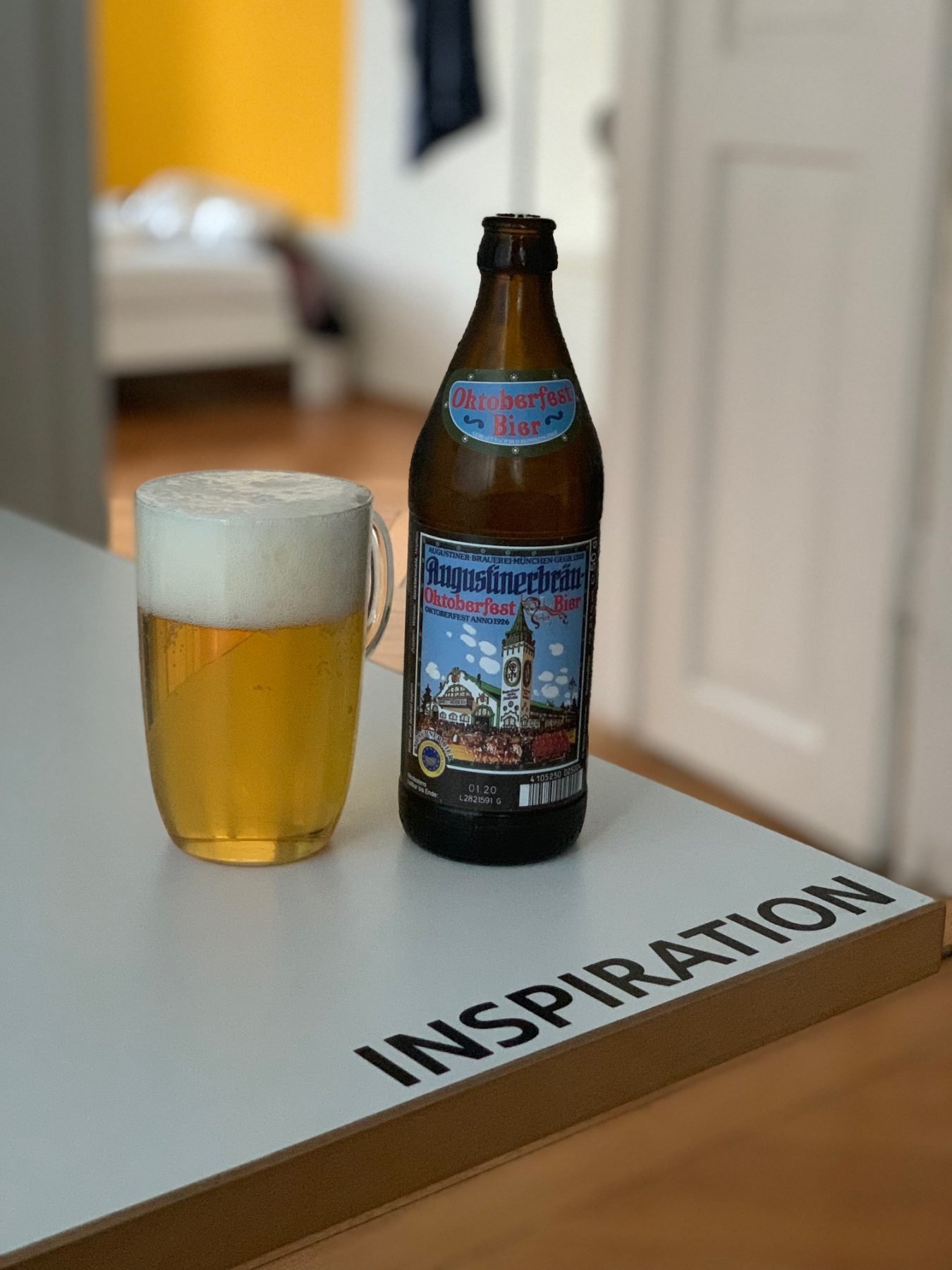 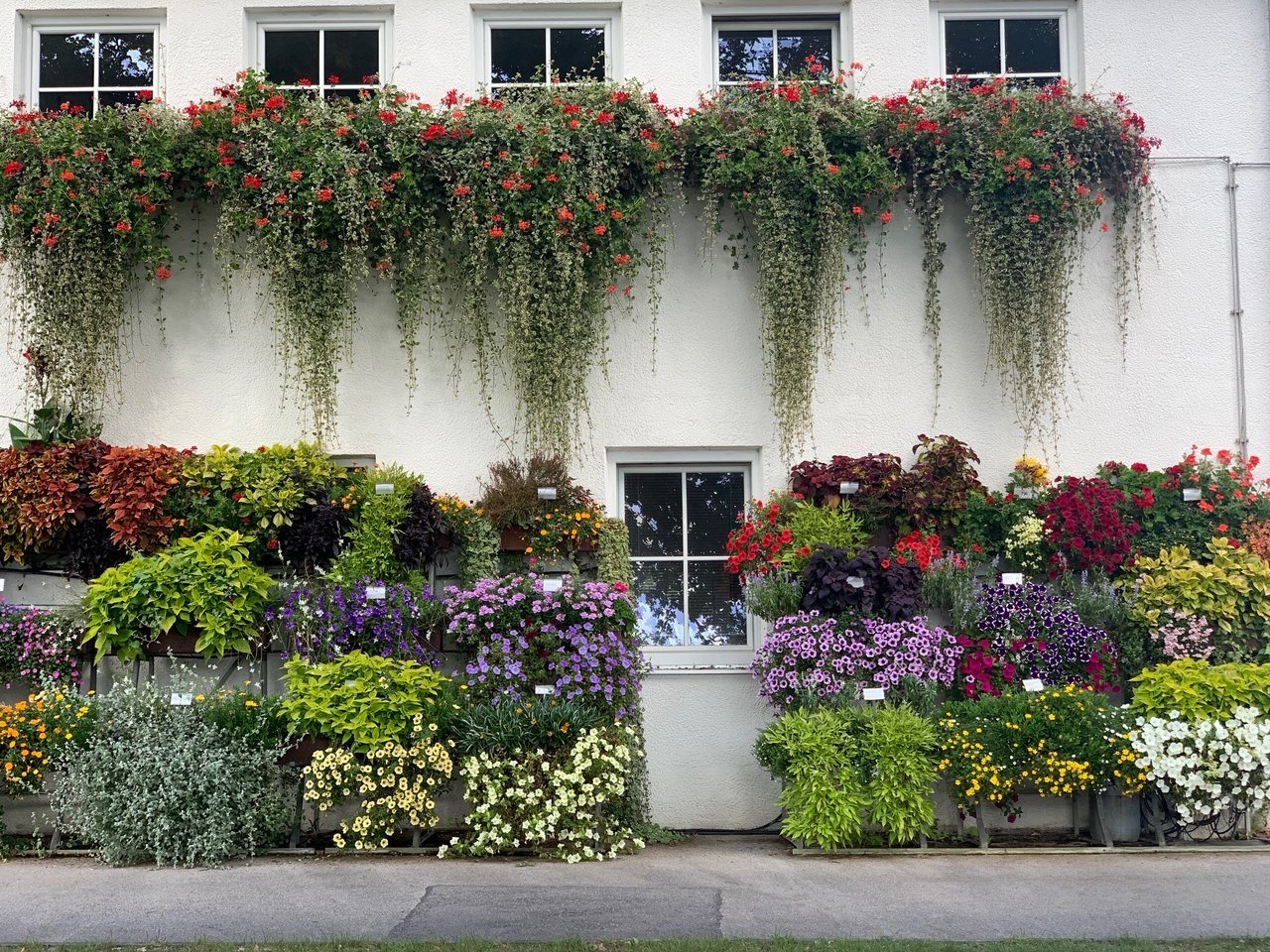