… Of lettuce? As counter-intuitive as it may feel, thinning is an extremely important step in urban farming and will actually improve yield when working in small spaces. Less really is more! 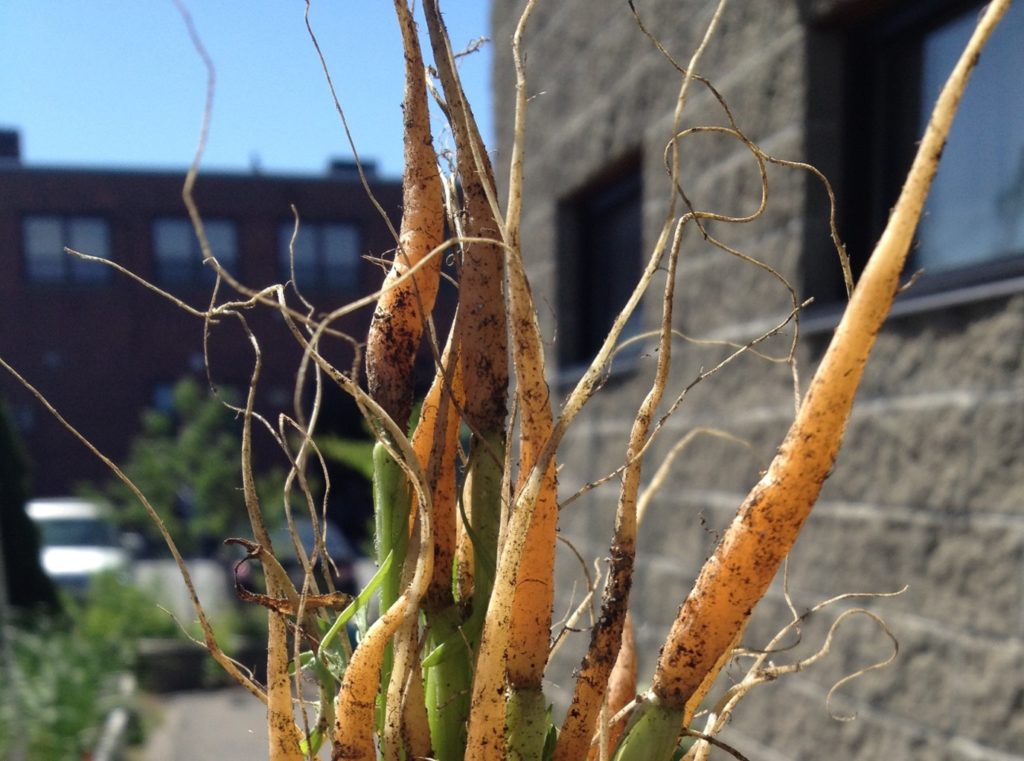 Thinning determines the space a plant is allowed to grow. Root crops such as carrots, beets and radishes, and fruiting crops such as tomatoes, eggplants and peppers, will produce significantly less – if at all – if each plant does not have adequate space. None of these perform well when competing for root space and nutrients – imagine having to fight for every one of your meals! You’d end up looking like a skinny, sickly little carrot not worthy of a crudite platter. 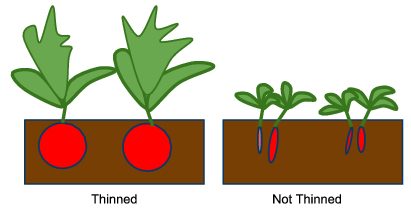 Low light urban farms also have much greater success when crops are spaced and thinned properly, as individual plants are less likely to shade each other. Without thinning, you may only produce thin, tough radishes, measly carrots, and a small handful of tomatoes. What’s the point of that?

How and When to Thin

When planting seeds intensively in a small space, it’s important to thin crops shortly after they come up, generally 1-3 weeks after planting. Use what you pull out as microgreens for your salad!

Several crops such as head lettuce, chard, kale, and collards can be eaten at any age. Thinning crops with edible leaves multiple times increases the overall harvest by providing small harvests of tender yummy greens up until the plant is fully ready to mature. 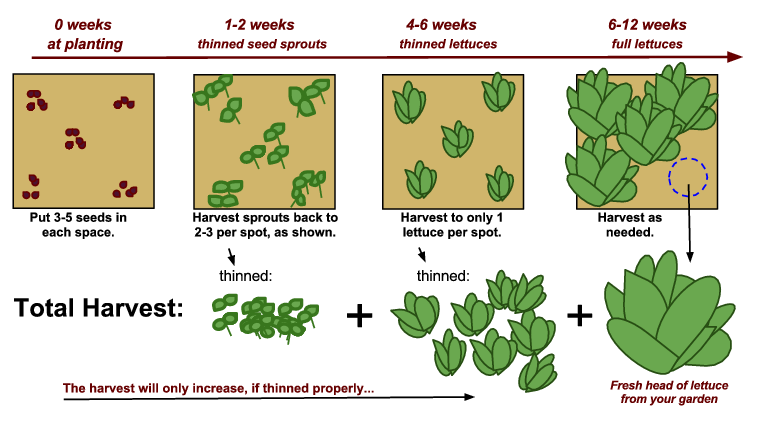