There are Eggs in Eggnog?! 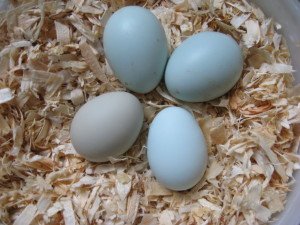 Despite “egg” being in the name, people are often have no idea how eggnog is made or that there are actually eggs in it. What with soy-nog, coconut kefir eggnog, eggnog lattes (surely no egg in there!), etcetera, this is not terribly surprising. How many of us have actually MADE eggnog, instead of just buying it at the store in one of its various incarnations? My sister made it one year for Christmas, because at the time, she was living in Istanbul and eggnog was not available for purchase (it has since become available around the holidays at expat markets). The holidays are just not the holidays without it.

Americans have begun a slow return to our humble culinary beginnings by growing our own vegetables, raising our own poultry, and preparing food from scratch using whole ingredients. Jaime Oliver (of course he’s a Brit, and of course he lives on the west coast), was on the forefront of making this movement appealing to the masses with his TED Talk and subsequent show Food Revolution. He explains the origin of eggnog:

Did you know that eggnog (which is just a horrible name) traces its roots back to a 14th century England drink called posset (another delicious name)? Well, posset was a drink of hot milk curdled with ale, and over time, eggs were added; a step towards eggnog as we know it. Milk and eggs were expensive commodities at the time and it didn’t take long for this fabulous-sounding drink to lose popularity. But all that changed when the American colonies were formed. Thanks to a questionable trade triangle, we had all the rum we wanted. We also had plenty of land for all the chickens and cows we could ever need. Thus, eggnog was the indulgent draught of the masses and, as far as I’m concerned, still is today.

We couldn’t agree more Jaime! Nothing like sipping eggnog by the fireplace with holiday tunes playing and holiday cookie-cutter-cookies in the oven while stringing lights to bring on the cheer. Especially if the eggnog was made by you with eggs from your own backyard chickens. 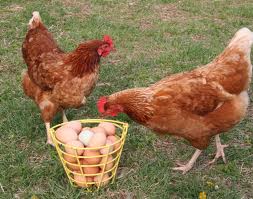 In a saucepan, combine milk, cream, cinnamon, vanilla bean, vanilla seeds, and nutmeg. Bring to boil over a medium heat. Once boiling, remove from heat and allow to steep.

In a large bowl, beat egg yolks and sugar until combined and thick ribbons form when the whisk is lifted. Slowly whisk in the milk and continue to mix until the mixture is combined and smooth. Add bourbon or rum, and stir. Refrigerate overnight or for up to 3 days.

Before serving, beat the egg whites in a large bowl until soft peaks form. Gently fold into eggnog until combined. Serve with freshly grated nutmeg garnish.

Want to get your own fresh eggs laid by your own backyard chickens? Schedule a consultation today for a spring 2016 installation!