Bigger isn’t always better. Large-scale monoculture farming may result in a large quantity of produce, but it can be harmful to the environment and the food grown often lacks quality. On the contrary, polyculture farming offers a sustainable way to grow a variety of different food on the same piece of land on a much smaller scale.

Monoculture is the cultivation or growth of a single crop on agricultural land. This is a common practice for large-scale, industrial farming. Industrial farms are typically owned by large companies and their main goal is to maximize the production of one specific crop, resulting in higher yields, which then leads to a larger profit.

In order to support these large farms, it is necessary to use various pesticides, fertilizers and machinery. While the quantity of crops produced by industrial farming is ideal for large-scale distributions across the country, the quality of the produce is lacking and the effects of typical monoculture practices, such as the use of pesticides and machinery is harmful to the land and the environment.

Some of the negative aspects of monoculture practices include: 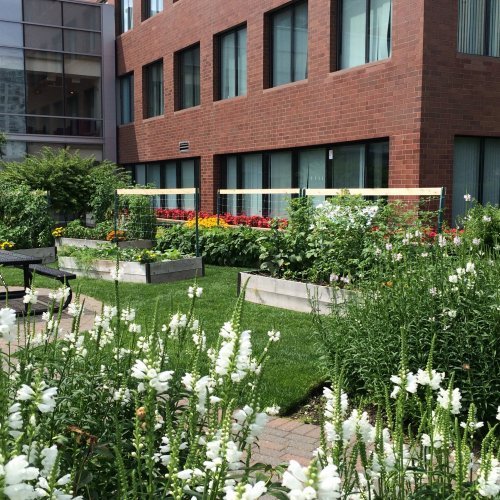 Polyculture is the cultivation of two or more compatible crops or plants together. Much like ecoscaping, polyculture farming is a sutainable way to grow food that replicates the natural ecosystem. Polyculture farming can happen at a smaller scale, while still resulting in high yields.

The many benefits of polyculture practices include:

Polyculture farming does not require huge amounts of land, therefore it is possible to bring right to your backyard!

Learn how to properly grow food in a small space, maximizing yields and increasing efficiency by downloading our crop mapping tool.