October 6, 2016: Yesterday, First Lady Michelle Obama moved to make her efforts in combatting child obesity a lasting part of her legacy. At a celebration of the accomplishments of her signature Let’s Move! campaign, Mrs. Obama dedicated the White House Kitchen garden in the hopes of creating a tangible and permanent reminder of the initiative. 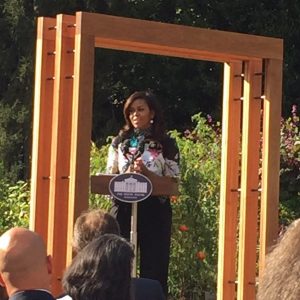 In the midst of leaders in the children’s health movement, including celebrity chefs, athletes, representatives from the National Park Service, and Green City Growers CEO Jessie Banhazl, Obama declared, “I take great pride in knowing that this little garden will live on as a symbol of the hopes and dreams we all hold of growing a healthier nation for our children.”

The White House has made arrangements with the National Park Service, the groundskeepers at the White House, to continue future maintenance after the Obama family leaves the White House. Mrs. Obama additionally announced a private $2.5 million funding stream, courtesy of donations from the Burpee Foundation and the W. Atlee Burpee Company.

Over the past seven years, the garden has not only been a symbol of the First Lady’s initiatives, but has played host to hundreds of thousands of guests, including countless student groups. During her address, the First Lady noted, as well, that the garden’s impact has been felt in President Barack Obama diplomatic talks, worldwide. Mrs. Obama relayed, “My husband will tell you one of the most frequent questions he gets from world leaders is, ‘How’s your wife’s garden?'”

The current White House kitchen garden is hardly the first garden planted at the White House, but Mrs. Obama’s dedication yesterday is a unique act. With every administration change, the walls and grounds of the White House change to reflect the aesthetics and goals of the incoming Presidential family. President Bill Clinton, for example, installed a jogging path, which President George W. Bush had removed. Perhaps the most widely known political statements was President Jimmy Carter’s installation of solar panels on the White House roof, and President Ronald Reagan’s subsequent removal of them.

Though neither 2016 Presidential candidate has indicated whether they would keep, or remove, the garden, Obama’s dedication is seen as a power move to enshrine the physical site, similar to  Lady Bird Johnson’s dedication of the Jacqueline Kennedy Garden in 1965. 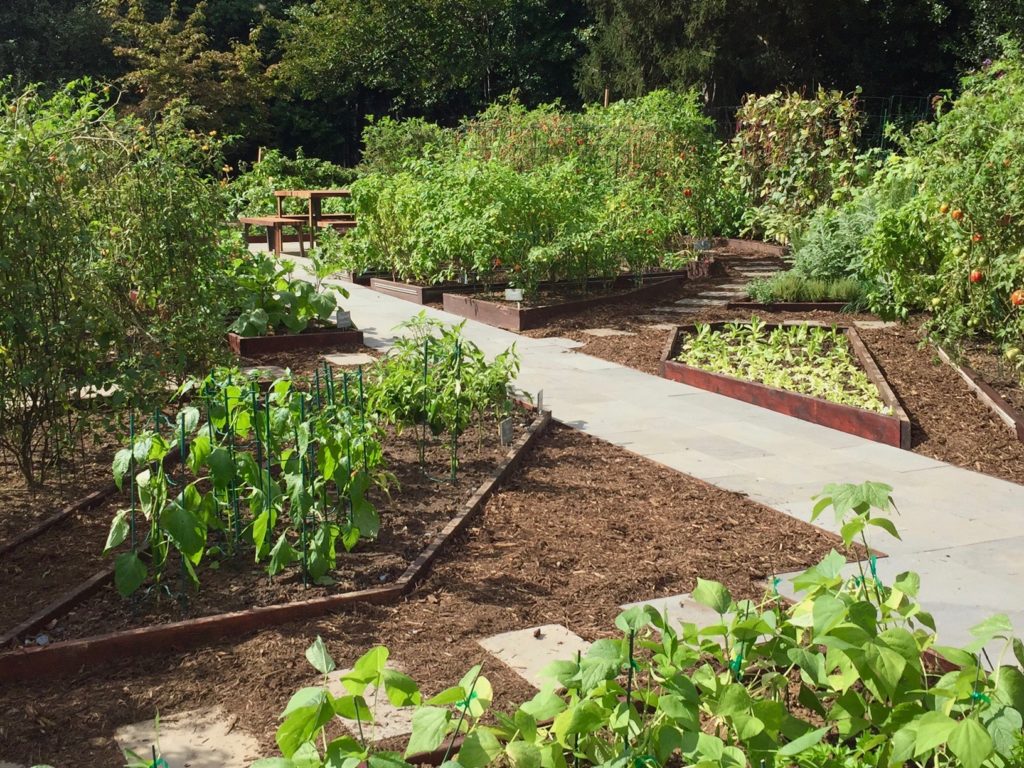 The garden dedication is part of a larger campaign to continue the work Mrs. Obama has spearheaded. While the Let’s Move campaign will end upon the Obamas’ departure from the White House, Partnership for a Healthier America, which was launched simultaneously with (but independent from) Let’s Move, will continue to grow.

With initiatives like FNV, which Green City Growers is partnered with, Partnership for a Healthier America brings private sector companies together to commit towards working on pragmatic solutions to solve the childhood obesity epidemic. The White House garden may just be viewed as a symbol, but it is a symbol with an incredible importance.