Laying the Ground for an Urban Farm Bill

When the Farm Bill is renewed in 2018, urban agriculture may be making its (arguably overdue) arrival, if Senator Debbie Stabenow, D-Michigan has her way. Stabenow announced “the most comprehensive urban agriculture bill” this week, titled The Urban Agriculture Act of 2016.

While Stabenow admits that the bill has no chance of passing in its current form, the ranking member of the Senate Agriculture committee hopes to influence future discussions, including those during Farm Bill negotations. The dream bill includes provisions for:

The bill would increase the USDA’s authority to support agriculture cooperatives in urban areas, helping urban farmers to get products to market. It would make it easier for rooftop, vertical, and indoor farms to apply for USDA farm programs, and support access to land and production sites in urban agriculture through conservation grant. It would, finally, invest $10 million for research in market opportunities and energy and water needs. 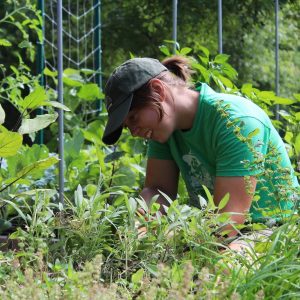 A $5 million investment for tools and equipment would expedite development of community gardens that provide community-based nutrition education and donate a portion of the food. The bill would also pilot a program that incentivizes urban farmers using sustainable growing practices and commit to growing and supplying healthy food to neighboring communities.

The bill would expand technical and financial support to test and clean contaminated soils, and invest in research on soil remediation best practices. It would also pilot a composting program to divert food waste from landfills.

The Next in a Series of Incentives

“This is a bill to start the conversation and create the broad support [that] I think we will have in including urban farming as part of the next farm bill,” the Senator said in announcing the bill. Stabenow’s legislation comes as little surprise, given the growing public interest in the urban agriculture movement. With a value whose “greatest potential is [perhaps] in social enterprise, supplementing incomes, developing human and social capital and promoting food security” according to the Community Development Journal, urban agriculture brings many interests – from public health, to environmental sustainability, to education – together. Stabenow’s legislation follows suit by recognizing the numerous advantages, and potential players, in urban agriculture.

The development and construction industries, too, value urban agriculture. The U.S. Green Building Council awards LEED credits for several urban agriculture-related investments. We’ve put together a guide to ways that urban agriculture is already being incentivized from this private and voluntary institution.