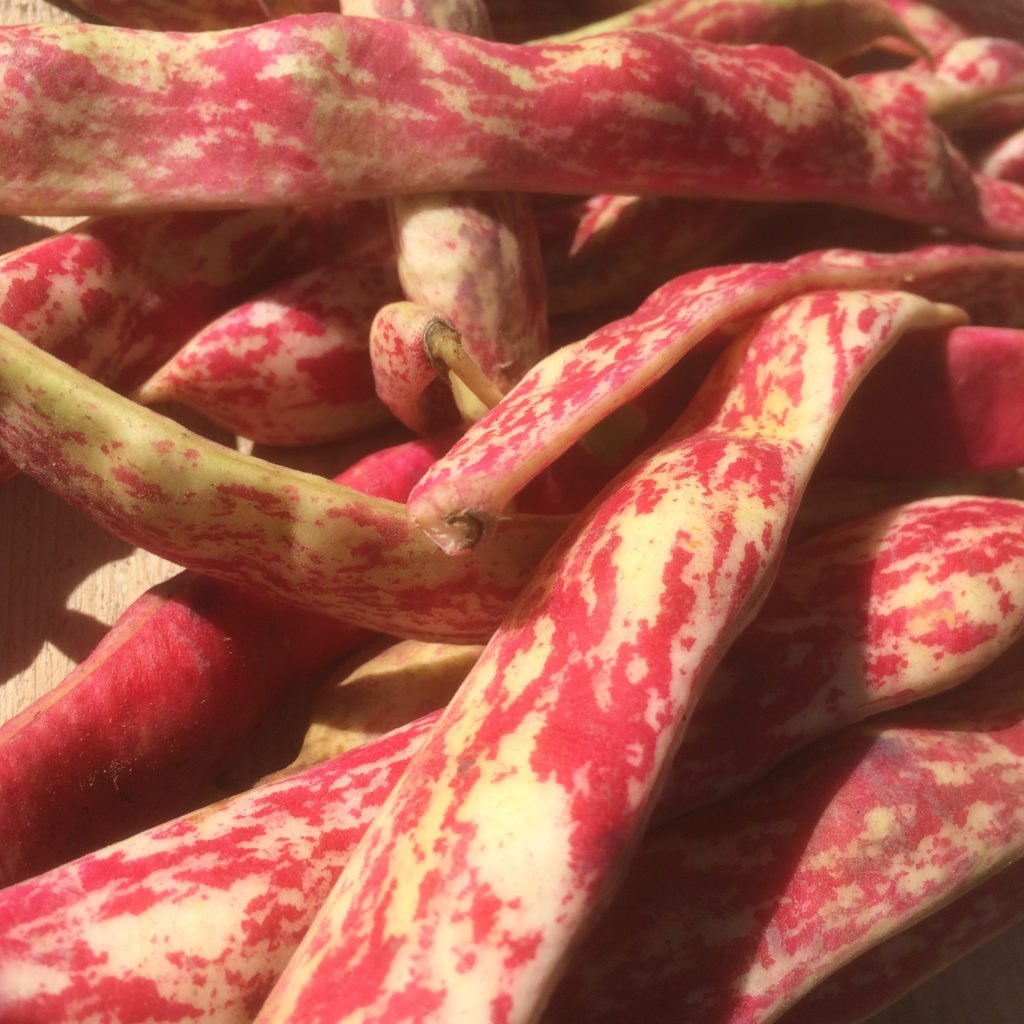 October brings shorter, cooler days, brisk nights, and the end of the summer harvest season. But as we say goodbye to tomatoes and cucumbers, fall harvest crops like corn, beans, and squash are ready to say hello! Heirloom beans are a nutritious and versatile crop, but are rarely grown in New England. With many enchanting varieties to choose from, heirloom beans can be a vibrant, nourishing way to feed the body and soul.

Grow my own beans?

Beans are a part of the legume family, a wonderfully diverse group of plants that partner with microbes in the soil to create their own fertilizer, feeding next year’s crop. Many of us grow green “snap” or “string” beans that we eat fresh, so why don’t we grow beans for drying? Some people might be intimidated by the work of shelling and storing the beans. Others might make the economic argument that canned beans are so cheap and ubiquitous that it would be silly to grow them yourself. Or maybe people just don’t love the way supermarket beans taste, so they aren’t inspired to grow their own. Since most of us haven’t had the chance to eat locally grown, heirloom bean varieties, we’ve been missing out on unique flavors and stories.

Along with squash and corn, beans were grown for millennia by native peoples all over the Americas, including what we now call New England. Some called this combination the “Three Sisters,” and many legends arose to enshrine the importance of the the three crops in their culture. Each sister performs a vital function in a symbiotic (“companion”) planting: 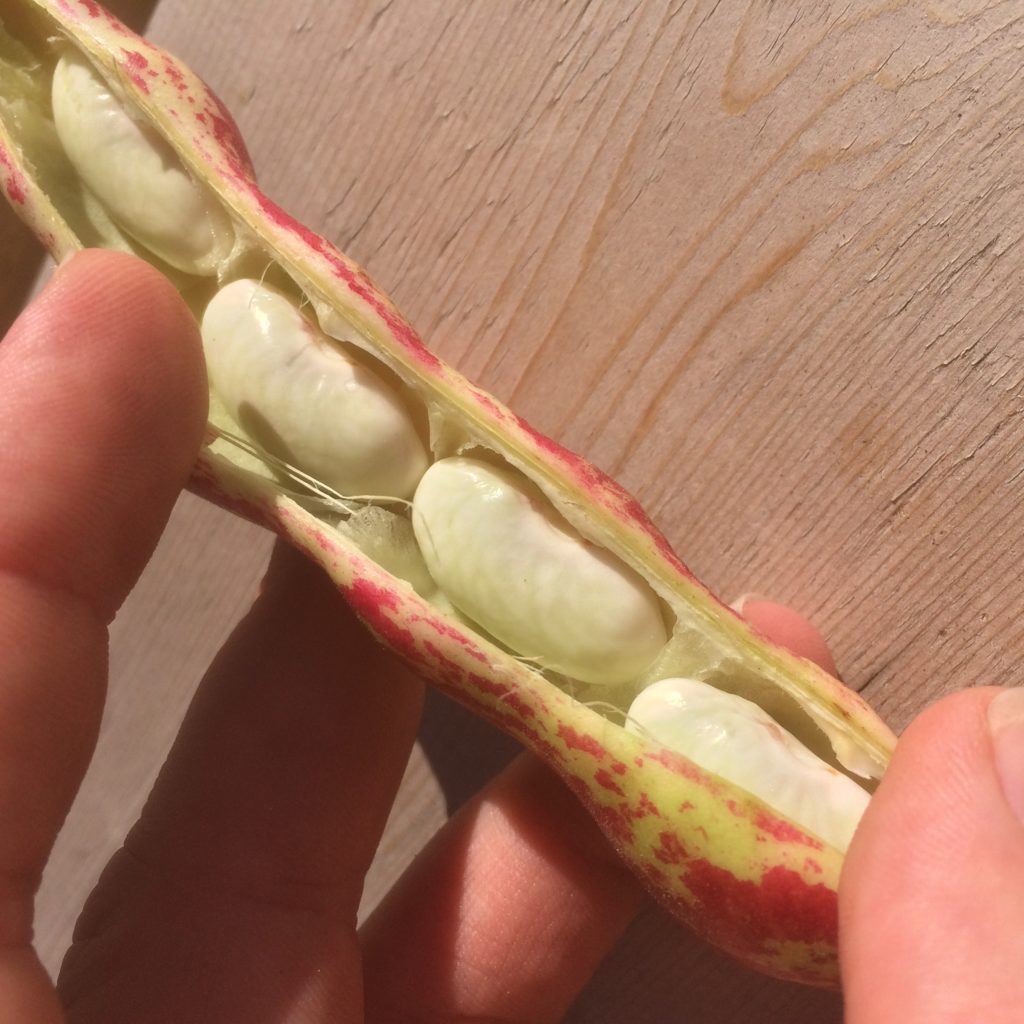 Charley Baer, of Baer’s Best Beans, is one of only a handful of farmers growing heirloom dry beans on a commercial scale in New England. “People are familiar with lentils, kidney and chickpeas, but I am working hard to keep the old varieties alive, such as money beans and scarlet beauty beans,” he says in an article from Edible Boston. “A favorite of mine is the flageolet, a French variety that is a green and white kidney-shaped bean.” Baer sells half of his crop at local markets, and the rest to seed companies like Johnny’s Selected Seeds and Vermont Bean Seeds, so the rest of us have the opportunity to experience these colorful heirloom varieties.

By growing, drying, and cooking your own heirloom beans, you can travel back in time and experience a tradition that has been practiced in the northeast for thousands of years. The living communities we nurture through the summer help us to survive and thrive through the winter; a relationship that is lost in the hustle and bustle of modern life. On the coldest day of winter, wouldn’t it be comforting to cook up a pot of beans grown in your own garden, gather your family, and tell the story of the Three Sisters?