Grow In the Snow: A Beginner’s Guide to Overwintering 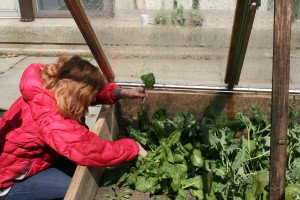 We’ve written before about how you can extend the growing season with a cold frame. Given the New England growing season, a season extender will allow you to keep the air and soil temperature around your plants a bit warmer, helping you to grow through November and get started planting earlier in the spring — March or even late February!

But did you know that you can also keep growing through the winter? In December, January, and February you won’t see any harvests from your garden, but these months are ideal for overwintering crops for an early spring harvest. Plant cool-weather crops in the early to mid-fall, let them establish a root system in October and November, lie dormant during the cold and dark months, and then emerge in the spring. By installing cold frames and overwintering crops, you can harvest before your neighbors are even planting in their first crops!

You can overwinter crops including beets, carrots, kale, spinach, and scallions, as well as some less-known hardy winter greens like claytonia, mache, and sorrel. Claytonia is known as “miner’s lettuce” and is a sweet salad green that is one of the first overwintering crops to emerge in the spring. It can thrive even with little water and cold weather. 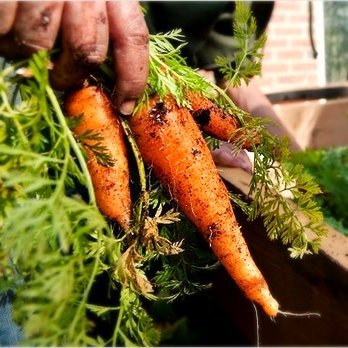 During the winter months, something amazing happens to root crops like beets, carrots, and turnips if you  leave them in the ground. As you overwinter these crops, the cold temperatures cause a phenomenon known as chill-sweetening, wherein the plants convert starches into sugars. The accumulation of sugars helps protect the crops from freezing, and keeps these vegetables crisp and snappy. Overwintered root veggies will lose their tops, so you may have to dig for the roots in the spring, but we think that the momentary inconvenience is well worth the reward!

To make sure that your overwintered crops are planted in time, you’ll need to get your raised beds in ASAP! 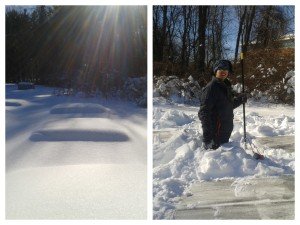 Watering works a bit differently with the cold frames. You must ensure the soil stays moist, but the inside of the frame doesn’t get too moist and cause your crops to mold over.

October, November: Water once every week or every other week. 2.5 gallons per 4’x4’ bed

February, March: Water once per week or every other week. 2.5 gallons per 4’x4’ bed. If it is a particularly warm spring, you may need to water twice a week.

You also will need to shovel off your cold frame if it snows. This will prevent the lid of the frame from breaking under the weight of snow and ice, and allow for the automatic vent to open should there be a particularly warm day.