An Update from Fenway Farms 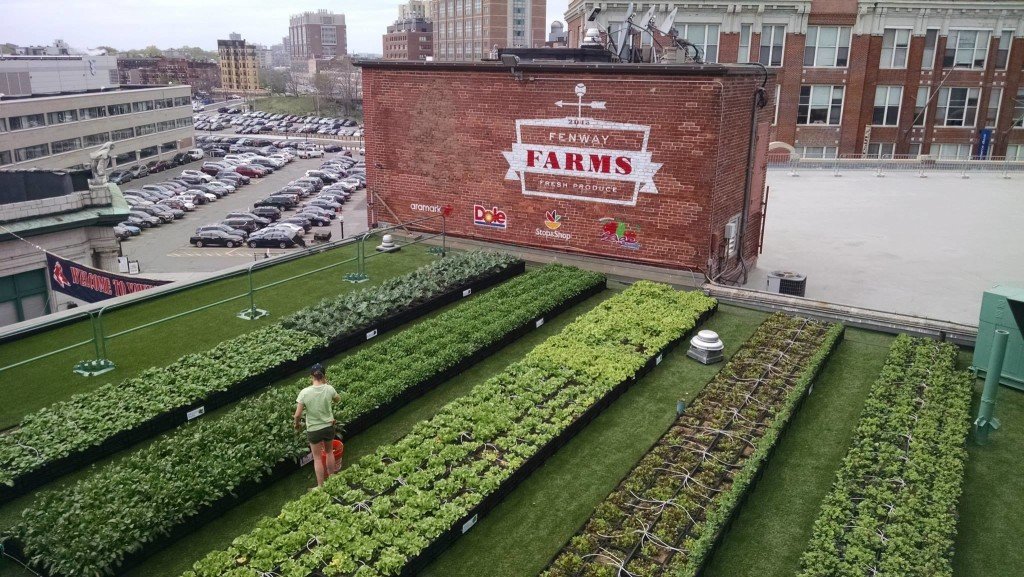 It’s hard to believe, but it has been over a month since opening day of Fenway Park and Fenway Farms. We couldn’t be happier by the attention and excitement that this project has received from Red Sox Nation, and baseball and vegetable enthusiasts across the country! Fenway Farms has been featured all over the media, from Modern Farmer, to NESN, to the Boston Globe, and beyond! 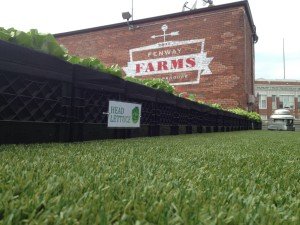 Videos, photos, and news articles can’t quite capture the excitement and buzz from fans first seeing the farm in person, but for those who haven’t had a chance to check out all that’s growing on Yawkey Way, we thought we’d share an update.

Last week, film crews captured the first harvest of Fenway Farms. Laura, Jessie, and Augusta were on site, harvesting an insane amount of lettuce, pea shoots, spinach, arugula. Executive Chef of the EMC Club Restaurant, Ron Abell, was quite shocked by how much produce was delivered from the rooftop just feet away from the kitchen. 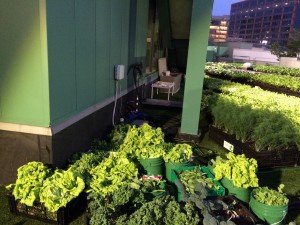 Last night, Jessie, Erik, Jeff, and Jess harvested again during the Sox game against the Texas Rangers. With some of the spring crops starting to bolt (which leads to bitter, overly-spicy yields), it was a race against the clock. The crew harvested 212 POUNDS of produce, including head lettuce, spinach, radishes, and arugula, and planted in two different types of potatoes, eggplant, peppers, and pickling cucumbers. More harvesting and planting will be done later on this week. It’s a good thing there’s a seven home games coming up, because the hungry fans in the EMC Club are going to have a lot of vegetables to eat.

All of us here at Green City Growers have been truly amazed by just how huge the yields from Fenway Farms have been. Our Director of Horticulture, Laura, believes that the high quality of the soil sourced from the Vermont Compost Company (which is especially rich because its the first growing season) coupled with the heat retained by the black milk crates and crate liners, have created a perfect environment for these spring crops.

We’re still harvesting spring crops – including kale, chard, and broccoli raab – but with summer crops starting to go in at many of our other sites, we’re already dreaming of fruiting crops like tomatoes and peppers. Those plants absolutely love hot and sunny weather, so we are dreaming of bountiful harvests from now through October!
If you’re at Fenway Park, make sure to head on over to check out the farm, located on the third base side, behind gate A on the EMC Club Level.