[Egg] of a Different Color and Quiche Recipe

Ask anyone whose seen The Wizard of Oz, and they’ll likely be well acquainted with the Horse of a Different Color, which changes from white to yellow to red to purple. Ask what colors eggs come in, and the response will likely be only white, or maybe white and brown. Bor-ing!

Not only do eggs come in a rainbow of colors, “oddly-shaped eggs aren’t that unusual” either, explains Khrysti Smyth, the Chickeness of Somerville and our resident poultry expert. “Unless you’re a commercial operation that has deliberately bred for birds that lay uniform eggs that then go through a quality assurance process that weeds out any that are shaped or sized differently from some relatively-arbitrary standard.” The beauty of urban chicken keeping is often in celebrating the odd – breed, color, shape. 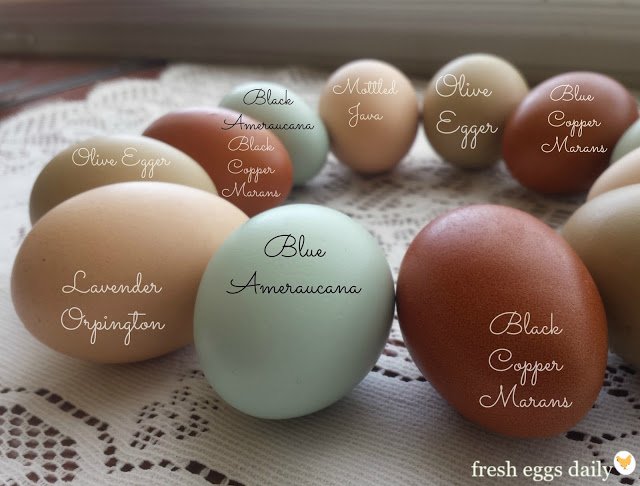 Khrysti was asked about this oddly shaped chicken egg. “Looks like that egg is soft-shelled, which means the hen’s body basically noticed something was off and expelled the egg before any more resources were wasted on it.  It happens.”

It’s totally normal for some of your birds’ eggs to be shaped somewhat differently from the standard, store-bought, classic, “egg” shape. In fact, whatever shape they are will be very consistent for each individual bird – I had one who consistently laid a very round little egg that was about the same size and shape as a golf ball, and another whose eggshell is always “rippled”, another whose eggs are slightly thinner-shelled, etc. and I really get a kick out of figuring out exactly which bird made which egg! In backyard flocks it’s not uncommon to get double-yolked eggs too, and you may get the occasional soft-shelled egg that just didn’t develop properly.

BUT if any of your birds are consistently laying soft-shelled or otherwise abnormal eggs (in the sense that they are unsuitable for their primary function of being a perfect little protective growth chamber), then something is probably a little off. If that happens, I would first check to be sure they have access to good, balanced nutrition (and that they’re eating it – here’s a great post on proper nutrition by another local chicken-keeper and the owner of the Hen Cam), and maybe supplement with extra oyster shell and such for a few days to see if anything changes. I would also check for external parasites that might be taxing that bird’s system. If that’s not it, check for anything else in their environment that might be affecting their mineral balance (standing puddles of water that might have some dissolved something-or-other, or some plant they’re eating, or maybe check your soil or tap water for metals, etc.). If they’re still doing it and you can’t figure out what’s up, a trip to a vet may be in order to check for mineral/nutrient levels from a blood sample and to see if there’s something else going on that you aren’t able to detect. Generally speaking for chickens, if one bird is showing signs, chances are good the others are being affected by the same cause.

And sometimes you’ll get a hen whose eggs are just a little odd… This is a typical egg from my easter egger hen, Red, who consistently lays really wacky eggs. But they’re still tasty.

An [Egg] By Any Other [Color Tastes] Just As [Delicious]

Like Shakespeare’s Rose, a backyard chicken egg may not look like the supermarket standard but it will still taste like an egg. It may even be the best tasting egg you’ve ever had! A recent favorite egg dish around the Green City Growers office, now that there’s just a hint of autumn nip in the air, is any sort of quiche or frittata. 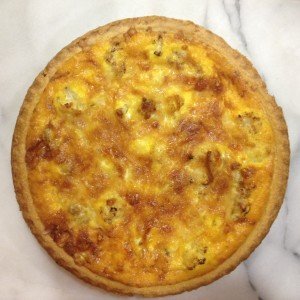 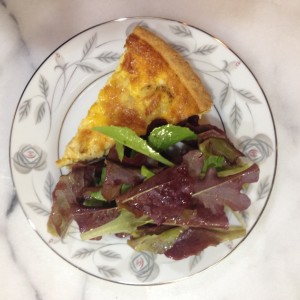 Ever considered keeping your own flock of backyard chickens for an endless supply of fresh eggs every day?  Schedule a consultation with Khrysti to get your questions answered! 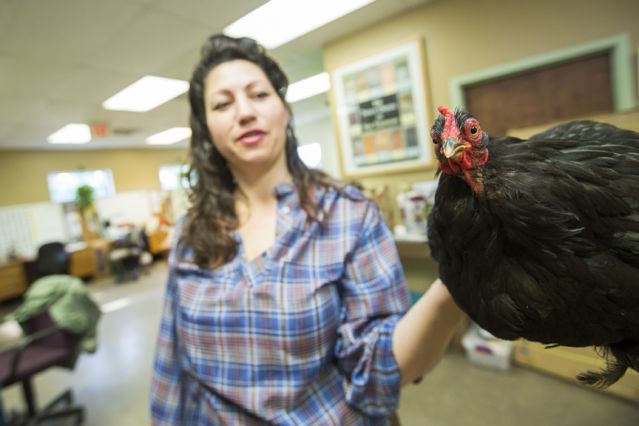