We’re celebrating our 10 year anniversary on August 9. Here’s a recent write up from our founder, Jessie Banhazl about her journey to start Green City Growers:

As the Founder of GCG, I’m asked regularly how I got in to this field and how the company came to be. People are often surprised by my answer. Here is my story. 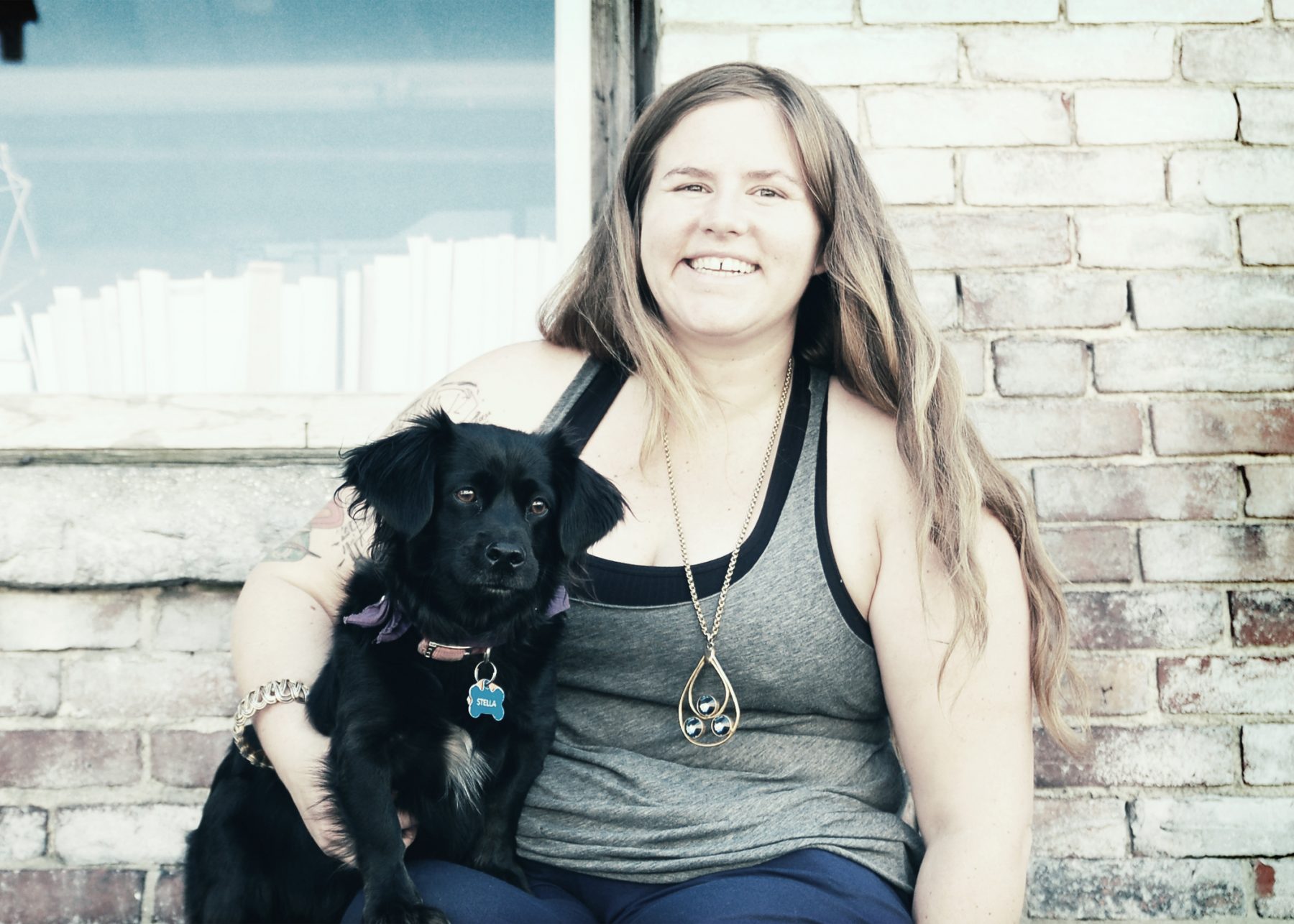 I’m originally from the suburbs outside of Boston. Growing up I had zero interest in plants. I always envisioned myself as some big wig female executive, or an art or film director, living in some dense urban area. I was fairly good at a lot of different things like sports, music, and academics, but wasn’t particularly passionate about any one thing. I graduated in 2006 from Smith College with a degree in sociology and studio art with no particular career in mind. Like many, I thought that moving to New York City was the answer to figuring out the next part of my life. I moved in with friends and starting searching for internships in creative fields.

Fortunately, I landed a unpaid internship with a Food Network production company and found myself working in TV. I worked primarily on the show “Throwdown with Bobby Flay,” but freelanced on many other shows, such as “The Hills” and “Chopped.” TV production was really exciting – there was always something big happening and lots of travel and moving parts. I also enjoyed the fact that food was the focus of some of the shows I worked on. I grew up in a family that loved food and cooking and that passion was starting to show in my own work and personal life as well.

The turning point for me was when I worked for the ABC show “Wife Swap.” The travel, long hours, and the deeply problematic premise of the show and the way it was produced made me realize that while I enjoyed some parts of the industry, I wasn’t going to be a lifer. I realized at that point that it was important to me that my work serve a purpose, at least one step more impactful than creating pure entertainment for a living. I also tired of the concrete jungle that is NYC, realizing for the first time in my life that plants were, in fact, important to me and my happiness.

So, at 24, I moved home, deeply mortified to admit I was living back with my parents in the suburbs, and very wounded from what I considered to be a total failure trying to make it on my own. Then one day, out of the blue, my friend from college called me up and asked if I wanted to start a backyard farming business with him. He would manage the horticulture and construction, and I would run the back end. He told me to read “The Omnivore’s Dilemma” by Michael Pollan, which was a pivotal book for me in my journey and understanding of the importance of how we grow and source our food as a society. I was barely working, and I had the privilege of living at home with minimal expenses…So I said yes.

The company took off right away. We gained interest from homeowners looking to have gardens installed, and were starting to receive calls from companies and restaurants looking for their own gardens as well. Then, just a few months after we launched, my business partner suddenly left the company and I was forced to learn how to grow food on a very steep learning curve. After that setback, I hired staff with real experience, and we started to make traction fine tuning our horticultural approach to small-scale growing. The company continued to grow.

That was 10 years ago. Between then and now, there have been triumphs and deep, life-shaking challenges. I made a choice in that first year to give this my all, and that is what I have done through every curveball and success. My real challenge these days is to see the road laid behind me as a success vs. knowing there will always be ways to improve and repairs that will need to be done. I have an amazing group of people that I get to work with daily, which makes the process and the journey less isolating and terrifying, thought the fear of letting them down keeps me up at night. 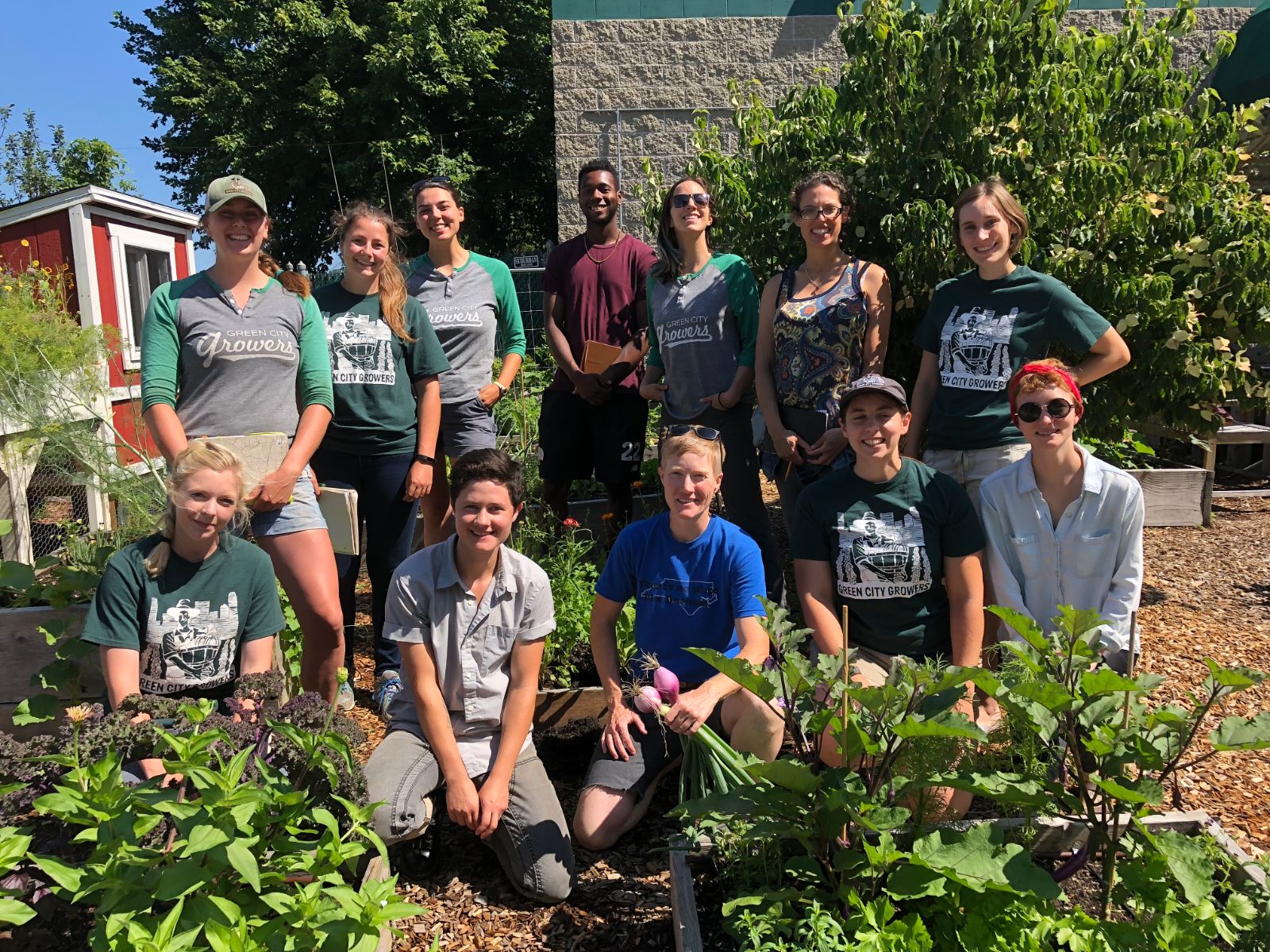 So where am I now vs. where I started? More informed and more battered, and with some real accomplishments in my pocket. And now, for my own sake, an affirmation:

I will do my best and put everything on the line for the sake of others well being. That will be my purpose.

We’re celebrating our 10th year anniversary with a little team BBQ this week, but we’ll be planning a big party in the fall as well so stay tuned for that. 10 years of transforming unused urban space into diverse and productive farming spaces. We’ve come a long way from our humble beginnings as a one-woman show to a thriving, diverse company with 25 team members maintaining over 150 farms and gardens. We’re so excited for the future of both urban farming and GCG.