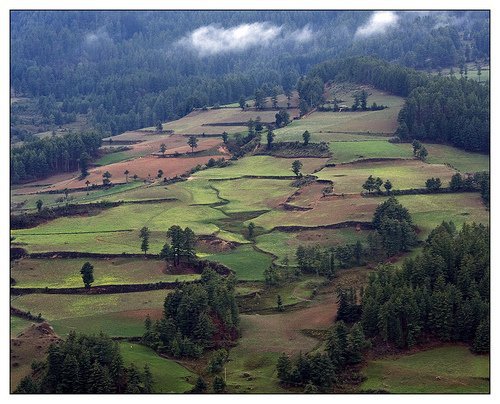 The Kingdom of Bhutan, nestled in the eastern pocket of the Himalayan Mountains, is a tiny country with huge aspirations. At the United Nations’ Rio+20 Conference on Sustainable Development, Bhutan announced its new National Organic Policy. The Bhutan National Organic Policy will make Bhutan (pop. 700,000) the first nation in the world to have 100% organic agriculture. The announcement drew loud applause and praise from the crowd, a sympathetic audience who will be happy to observe and learn from Bhutan’s experience.

The Ministry of Agriculture says the organic program, launched in 2007, is not just about protecting the environment. It will also train farmers in new methods that will help them grow more food and move the country closer to self-sufficiency. The ministry is now training extension workers in organic methods and giving farmers who go organic priority for government assistance.

Besides the numerous nutritional and environmental benefits to organic farming, Bhutan’s pledge will likely help the Kingdom to continue the very same practices that allow for the pledge’s feasibility. Because the majority of Bhutan’s farming population is very poor, much of the land is “organic by default,” says Andre Leu, Australian adviser to the Bhutanese government. Farmers are unable to purchase the synthetic fertilizers and pesticides that have been so heavily adopted in nations like the United States.