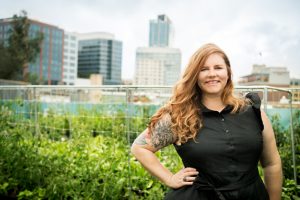 Jessie is the CEO and Founder of Green City Growers. After graduating college, she moved to New York City to begin a career in reality television production. Disillusioned with the entertainment industry, she moved back to Boston to run GCG, re-awakening her passion for food, farming, and sustainability. she has extensive experience in public speaking, marketing, communications, management, production, and PR. She is passionate about cooking with fresh, locally grown ingredients. 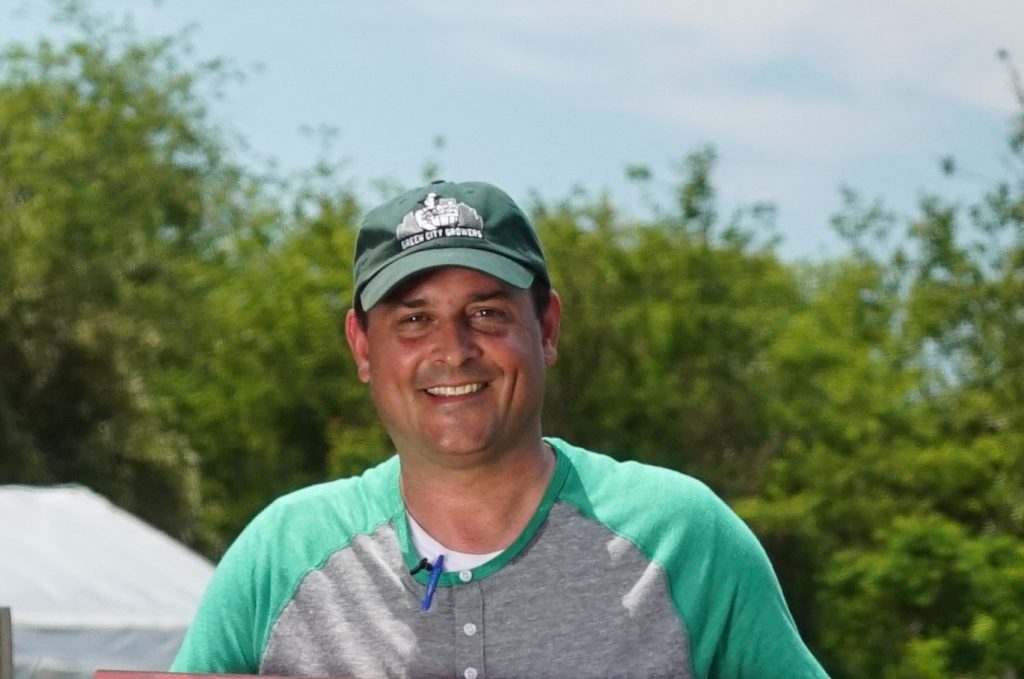 Chris joined Green City Growers in 2015 as a Partner, Advisor, and Managing Director. He is now the company President. With over thirty years of professional experience in organic and sustainable agriculture, Chris is committed to supporting agricultural models that foster responsible land and soil stewardship. Outside of his role at GCG, Chris enjoys working alongside his nine-year-old nephew in his organic vegetable garden and helping to revive the lost art of mechanical weed control by restoring and re-purposing cultivating farm machinery. Chris is also a contract auditor for farm sustainability and has degrees from the Stockbridge School of Agriculture (Fruit & Vegetable Production) and the University of Maine (Sustainable Agriculture). 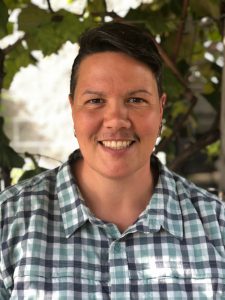 Rie joined GCG in the spring of 2015 as an Urban Farmer. They got their start in farming during their two-year stint in an intentional community in Virginia where they spent countless hours in the four-and-a-half acre garden used to feed 100 people. After completing a Permaculture Design Certificate course, Rie moved to western Massachusetts where they earned a Masters of Science in Ecological Design from the Conway School. Rie is excited about incorporating perennial and native plants (both edible and ornamental!) into every garden design. Rie also serves on the Board of Directors for the Ecological Landscape Alliance. In their free time, Rie loves to bike around greater Boston and prepare vegan feasts! 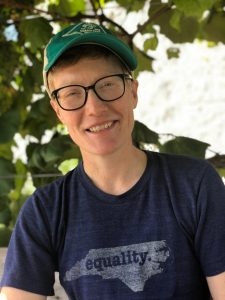 Zannah Porter joined GCG in January 2018. Zannah graduated from Warren Wilson College in 2002 with a degree in Outdoor Leadership. Zannah’s passion for horticulture and agriculture was fostered by a botanist father, a rural up-bringing in southwest Virginia, and many hours spent volunteering on Warren Wilson College’s sustainable farm. This is Zannah’s tenth year working in commercial agriculture in Eastern Massachusetts. Most recently, Zannah managed production on a 22-acre diversified vegetable farm operation. Zannah has a passion for tractors, teaching, and anything to do with the outdoors including winter hiking, surfing, and cycling.

Lacey joined Green City Growers in Summer 2018, bringing experience in customer service and program management as well as a passion for social justice and food access. In college Lacey interned at an organic garden and with Second Harvest Food Bank. After graduating they piloted a school garden program in rural Tennessee through their role as an Americorps VISTA. When not at work or in their part-time massage therapy program, Lacey can typically be found seeing live music, looking at art, or exploring New England.

Ahna joined Green City Growers in the spring of 2019, bringing experience in project and site management as well as landscaping and greenhouse work. As Facilities & Installations Manager, she appreciates the unique triumphs involved in establishing each new site. She is passionate about self-sufficiency, skill-sharing, and creating spaces that encourage greenery to coexist with the urban-industrial world. In her free time, Ahna can be found puttering in her woodshop, lifting weights at the gym, or tending to her collection of tropical plants. 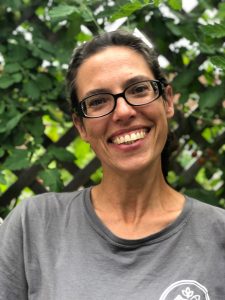 Caitie joined GCG in March 2018. Caitie graduated from Clark University with a bachelors in Biology and a masters in Education. She loves the intersection of nature, farming, and teaching. After teaching science for 15 years in Worcester and Boston public schools, she earned a masters of Science in Ecological Design from the Conway School. She is happy to be developing GCG education programs, supporting farmers in teaching, and getting kid’s hands in the dirt. Some of her other loves are hiking and playing around outside with family and dogs, picking and eating berries at the same time, and playing guitar.

Morgan joined the GCG team in March 2018. They grew up around gardening with their botanist father and have spent some time volunteering and working on farms in Western Mass. Morgan is passionate about food justice and has volunteered with Food Not Bombs as well as having worked at the Greater Boston Food Bank. They have many years of working with kids in many capacities and are excited to be combining their skills and passions at GCG. Some of Morgan’s other passions include playing music, making or building things, and volunteering with Girls Rock Boston.
Your Farm Anywhere.